During a recent tour in Brazil, I visited the Rocinha Favela in Rio de Janeiro. Rocinha is the largest favela in Brazil and runs up a very steep hill near the centre of Rio. It is believed at least 70,000 people live in Rocinha (some estimates suggest more than double that number), living in houses made from concrete and brick. It is officially described as a neighbourhood and has very basic sanitation, plumbing and electricity. Rocinha also has shops, hairdressers, banks, art galleries and many other businesses. The word favela itself is derived from a skin-irritating plant of the spurge family: removing these plants to live in these areas was not easy so the people called the hills after the plant. 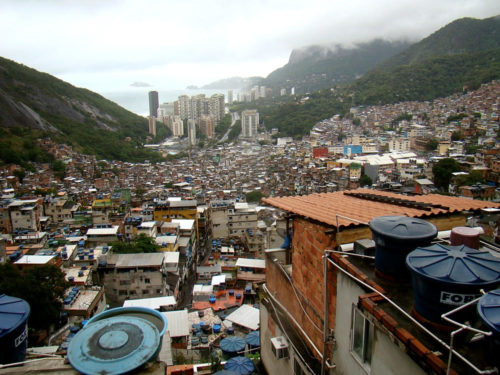 The favelas go back to the late 1800s when soldiers, brought in for a local war, had no place to live and so settled in the hills. After the end of slavery and the growth of city life many people moved to the cities and the favelas spread. A later industrialisation drive in the 1940s brought many more people to the cities and the favelas expanded dramatically. In the 1970s there were public housing projects but these too disintegrated into new favelas. As the drugs trade increased in the 1980s so too did the growth of gangs and gang warfare. In Rocinha, like many slums, it also has an ongoing conflict between police and drug dealers. 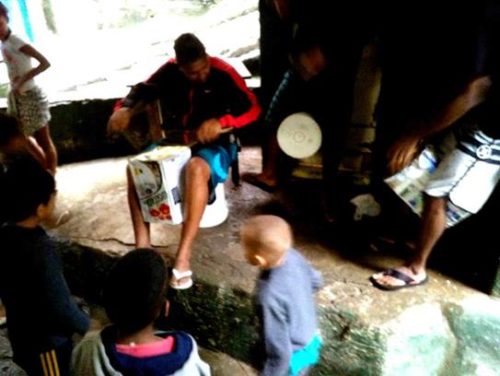