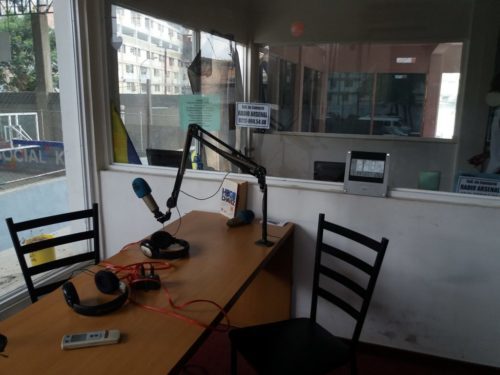 Studios of Radio Arsenal, the Community Radio of Panal 2021

Ricardo Vaz (Investig’Action correspondent in Venezuela) – The 23 de Enero is a neighbourhood (barrio) of Caracas with a rebellious tradition. It was in the eye of the storm during the Caracazo in 1989, the failed military coup led by Chávez in 1992 started there, and the people came down from there to defeat the coup against Chávez in 2002. Nowadays, even with chavismo in power, the people from the 23 de Enero, and the Alexis Vive Foundation in particular, embrace this spirit of rebellion as the engine behind popular organisation. It was in this barrio that the Panal 2021 commune was created, and it was the first commune to be officially registered in Venezuela. The commune is currently developing a host of activities in the spirit of self-government and of building socialism from the communes.

The very name “El Panal” (“Honeycomb” or “Hive”) is no coincidence. The members of the commune drew inspiration from the organisation of bees, which are all workers willing to defend their queen, which in this case is the community, and to protect the hive. There are several socially owned enterprises working in the Panal 2021 commune: bakeries, a sugar packaging plant, a textile factory, a communal bank, television and radio stations. The community has also started to grow food. 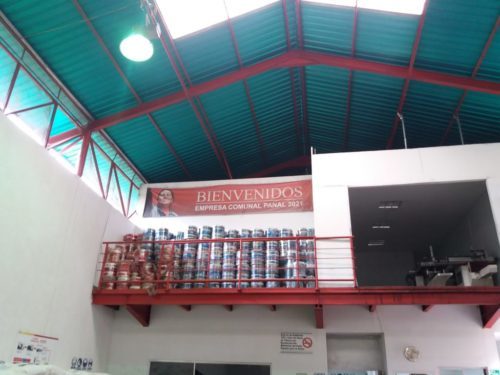 One of the first enterprises set up in the commune…