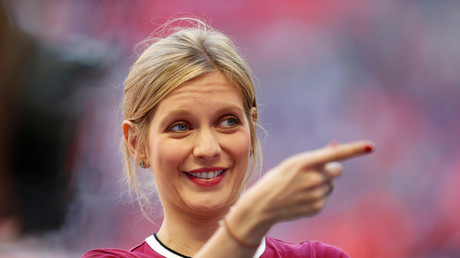 The world is still reeling from the news that Countdown maths whizz Rachel Riley had been faking her abilities for almost a decade. However, all was not as it seemed and perhaps the world isn’t ending after all.

Riley, 32, published unbranded Twitter and Instagram videos on Saturday in which she confessed to having miserly mental-arithmetic abilities.

“I’m bad at maths. I get fed the answers in an earpiece. I don’t think it’s the worst thing in the world but at times I feel like a bit of a fraud,” Riley, who took over from legendary broadcaster Carol Vorderman in 2009 at the age of 22, stated.

Many of her 600,000 Twitter followers reacted in horror at the damning revelation, which seemingly dissolved their grip on reality even worse than the bemusing Brexit saga.

However, many suspected foul play, given the fact that Riley has a degree in mathematics from Oxford University.

As it turns out, it was all a big HSBC-sponsored hoax, designed to raise awareness about cybersecurity and the risk of fraud online.

The viral campaign was produced by Weber Shandwick and That Lot, a London-based creative agency.

“Consumers cite digital fraud as a key concern, however we’ve found that understanding about the increasingly sophisticated methods being used by fraudsters is low,” HSBC UK’s Head of Marketing Chris Pitt said.

“The use of ‘deepfake’ technology is driving a lot of conversation about how the online world is not always as it seems but we wanted to show how readily available technology, when in the hands of the wrong people, can have serious consequences.”