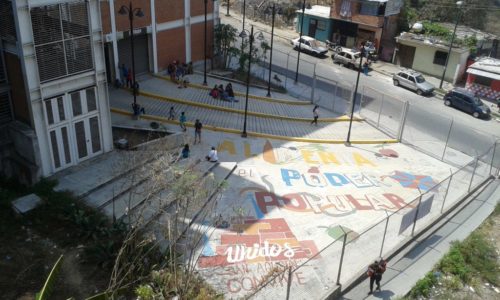 (Investig’Action/Ricardo Vaz in Caracas) – “Pueblo a Pueblo” is an initiative undertaken to fight back against the economic war that has hurt the Venezuelan people in their access to food. The idea is to organise the different links of the chain (production, distribution and consumption) in order to be rid of intermediaries. This way food is taken directly from the “pueblo” in the countryside to the “pueblo” in the city. We had the opportunity to talk to Martha Lía Grajales and Ana Graciela Barrios, who are part of the “Unidos San Agustín Convive” cooperative, which is involved in this experience, as well as witness a cooperative assembly and the food consumption event.

Nevertheless, our visit to San Agustín is due to another “tradition”: popular organisation. In the midst of an economic war that has meant severe difficulties in terms of access to food, the communities of San Agustín, through the Unidos San Agustín Convive cooperative, joined the “Pueblo a Pueblo” program. It is an initiative created by peasants in the west of the country that Martha describes as…