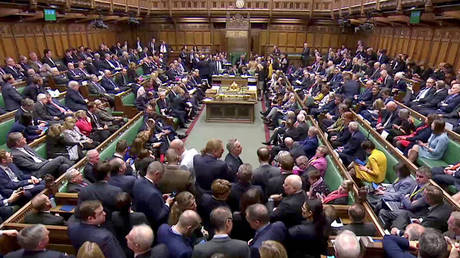 The investigation by the Mirror newspaper, claims to have revealed 160 politicians lapping up over £42 million in profits, just ten years after the Westminster expenses scandal rocked the UK political system.

Among those alleged to have made huge financial gains, are Environment Secretary Michael Gove, who made £870,000 on two properties and Maria Miller, the ex-Tory culture minister who collected a staggering £1.2 million in profit selling off her south London home.


Conservative chair of the highly powerful 1922 committee, Sir Graham Brady, is also alleged to have pocketed over £1 million selling his Westminster flat in 2014.

Under parliamentary rules MPs are entitled to keep the money. However, with trust in politicians at such a low, critics argue that if politicians want to regain credibility they should hand over profits made to the Treasury.

The revelations have caused outrage on social media with many claiming it’s symptomatic of the broken politics that has enveloped Brexit Britain, with politicians out of touch with the public.

One Twitter user insisted “this is backdoor taxpayers money robbery.” Another insisted “they vote to screw the ordinary people but exempt themselves every time!”

Apparently legally? This has to stop, this is backdoor taxpayers money robbery.

This should be taxed as a benefit in kind, as should all their expenses they vote to screw the ordinary people but exempt themselves every time!

These are the same bastards who are currently trying to eradicate what pitifully little claim we had left to being called a ‘democracy’.They are our enemies. We are paying them to steal from,lie to,cheat, +in some cases,(DWP murders)kill us. They operate like an organised mafia.

Former chairman of the Committee of Standards in Public Life, Sir Alistair Graham, has hit out at the money-making MPs, insisting they should “not be profiting out of special taxpayer funds.”

Martin Bell, the former Independent MP, war reporter and ethics campaigner has suggested lawmakers have not been acting in “the spirit of the law,” arguing they should not be making “personal profit” from allowances received from the British tax-paying public.

The paper claims UK parliamentarians have made an average profit of £255,000 selling their taxpayer-subsidised homes. 20 MPs have allegedly made more than £500,000 in gross profit, of which 14 are Tories and six Labour. Fourteen MPs have flogged, not one but two of these properties.

Also on rt.com
Run-down Britain and how we can fix it