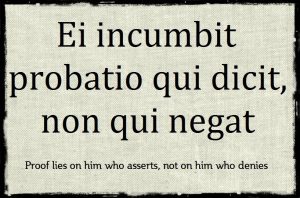 There has been a recent media frenzy surrounding elitist men’s alleged sexual predation toward women/girls and men/boys. The news is hard to miss. Of course, over-the-top, unwanted sexual advances when made known to be unwelcome, exceed boundaries and enter the realm of harassment and, perhaps, criminal behavior.

But the condemnations of these alleged sexual predators has been based on trial by media rather than trials through the legal system.

Israel Shamir exposes the social justice implications of this in a recent article. Yet the writer starts out his article in a problematic fashion. He attacks a woman based on her lack of, in Shamir’s eyes, physical attractiveness. She is described as an “old crow,” a “burly unattractive woman in her late fifties or sixties, dyed hair, pearl laces around wrinkled neck…” He concedes that the woman maybe “once … was young and pretty, and could awake passion in a man’s loins, but that was long time ago.”

First, the physical attractiveness of a person, in youth or advanced age, should be irrelevant concerning the allegation that the person was a victim of sexual assault. Second, as is often quoted: “Beauty is in the eyes of the beholder.” The woman in question may not be Shamir’s cup of tea, but attraction has its own continuum. Third, the motivations that induce perpetrators to commit sexual assault are myriad and not just a function of physical attraction.

But Shamir does raise questions that…