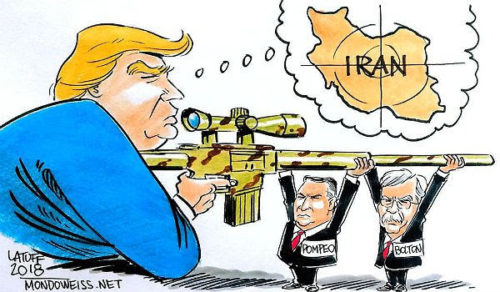 Last year I wrote that Trump’s speech at the UN General Assembly was perhaps the worst speech ever delivered from that podium, certainly by a Western leader. This year he surpassed himself.

Why is there no rule to say that someone who openly

– can not automatically expect to remain a member of the UN world body that is in charge of those organisations and advocates those principles on behalf of the world’s peoples?

His two favourite countries that he singled out as examples for other countries to follow are Saudi Arabia and Israel (if you think I am joking please listen to the speech again, see below), while he attacks Germany, Sweden, China, Iran, Syria and many other countries.

People laughed at his initial remarks when he said that his administration had achieved more than perhaps any other US administration, but they should have left the hall when he started to attack the UN and its organisations in the way he…