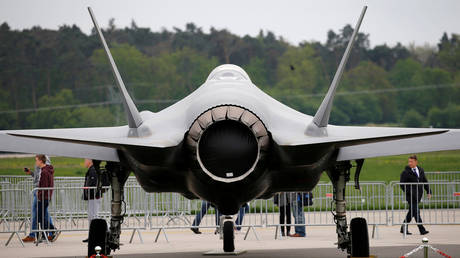 The US Department of Defense’s (DoD) finances are so labyrinthine and full of invented numbers that it’s impossible to detect cases of rampant fraud and criminality from the books, journalist Matt Taibbi told RT’s Lee Camp.

Taibbi recently delved into the intricacies of the Pentagon’s finances to find out how a much-lauded audit of the organization, which receives half a trillion dollars a year, failed to give the DoD either a pass or fail. What he found was a system that is inherently unable to provide financial accountability, he said during an interview on Redacted Tonight.

“It’s organized so badly that when the Pentagon at the end of every year goes to ask for more money for the next year… they invent the numbers because they have no audit trail. They submit all those numbers to the Congress, saying we spent this on that, but they don’t actually have the documents,” he said. “The sheer quantity of the numbers makes it impossible to detect anything like fraud or theft because the books are all wrong at every single level of the system.”

The journalist believes the Pentagon cannot be reformed in this area until the way it gets its financing is reformed to cut off the influence of weapons contractors.

The people who sit on the Armed Services Committee and the Appropriations Committee are going to be primarily funded by military contractors. Which means that none of those people are ever going to approve any measure that threatens to stop funding of the Pentagon until they get their books in order. And the only way you can make the Pentagon to make their books in order is to yank the money.

Taibbi and Lee also discussed the collapse of the Russiagate conspiracy theory and why Taibbi considers it a worse blow to the credibility of the US press than the Iraqi WMDs fiasco under George W. Bush.