Believe it or not, but decades ago, Indonesia was a socialist country, the cradle of the ‘Non-Aligned Movement’, with the progressive and fiery President Soekarno leading the nation. The Communist Party of Indonesia (PKI) was then the third largest Communist Party in the world, after those of China and the Soviet Union, and was it not for the US-orchestrated coup of 1965; it would easily have won elections in 1966, democratically and comfortably. 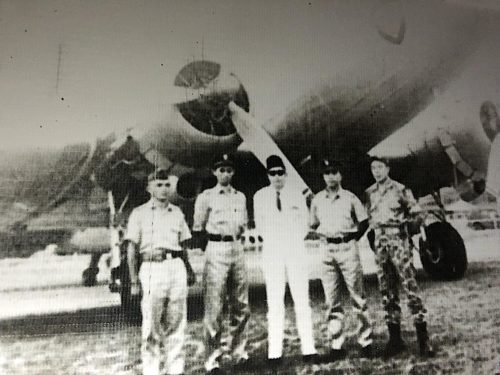 All the key natural resources of Indonesia were in the hands of its people and the government; firmly and uncompromisingly. Indonesia was becoming one of the world leaders: still a poor country, but optimistic, determined and full of hope.

Soekarno was a dreamer, and so were his Communist comrades.

But besides being a ‘political poet’, Soekarno was also a pragmatic civil engineer, who knew a thing or two about both architecture and city planning.

One of his great visions born at the end of the 1950’s was to build a brand-new capital for his enormous country of thousands of islands. It is believed that one day he calculated the precise location of the ‘geographical center’ of Indonesia, inserted a pin there, and declared that this is where the new ibu kota (capital or ‘mother’ city) would be constructed.

The proverbial pin had marked the area which, in reality, was in the middle of the impenetrable jungle of Kalimantan (Indonesian part of Borneo), some 200 kilometers from the…