Despite all of the US’ business dealings with Saudi Arabia, a new poll showed the vast majority of Americans refused to call the kingdom their ally. And that’s even before Riyadh admitted Khashoggi died in their Turkish consulate.

A recent YouGov Poll asked Americans if they consider Saudi Arabia a friend or an enemy. Only 4 percent of the participants have unconditional faith in the Middle East country – they answered that Saudi Arabia is their ally. 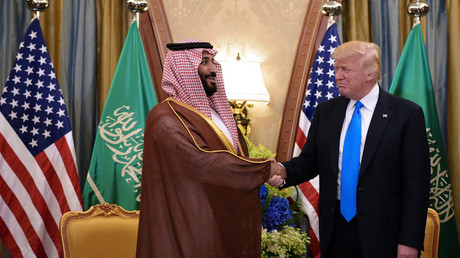 Notably, the poll was conducted October 14 – 16, days before the Saudis, after facing massive worldwide pressure and condemnation, finally admitted that dissident journalist Jamal Khashoggi died inside Saudi Arabia’s Turkish consulate. They claimed the 60-year-old Saudi national was accidentally killed after he got into a “fist fight”.

On Sunday, Foreign Minister Adel al-Jubeir told Fox News that Riyadh still doesn’t know how exactly the journalist was killed or where his body is.

The Washington Post columnist, a known critic of the Saudi regime and Crown Prince Mohammad bin Salman in particular, entered the consulate in Istanbul on October 2 and hasn’t re-emerged since. Turkey has laid the blame on the Gulf country for his brutal killing.

Donald Trump’s reaction to the journalist’s death and the involvement of one of the US’ coziest allies into it was quite mixed. He initially pushed back on accusations, calling them a case of holding Riyadh “guilty until proven innocent.”

Then he slightly changed the tune and warned that Saudi Arabia will face consequences if it was behind Khashoggi’s death and demanded more answers. Still, the US leader repeatedly praised arrests Saudi Arabia made following the incident.

However, the events didn’t change Trump’s mind about arms deals with Riyadh, which purchases billions of dollars-worth of American weapons and is a crucial US ally against Iran.

US senators, in the meantime, have spoken out against Saudi Arabia’s account of what happened to Khashoggi, saying they believe Saudi Crown Prince Mohammad bin Salman, the ultra-conservative kingdom’s de-facto leader, is responsible and calling Riyadh’s version of events “insulting.”