Today in America, a tug of war rages between two competing visions of the public interest. One vision is indicative of direct democracy as evidenced by the mammoth and spontaneous Trump rallies. The other is the same ole’ top-down imposition orchestrated by managed democracy‘s “invisible rulers”. Look at the obligatory apparatchiks at Obama ‘rallies’. No comparison.

The first vision is both subversive and organic, deriving its strength from the economic populism (Make America Great Again – MAGA) that Donald Trump has so effectively cultivated in his role as anti-establishment outsider. (I’ve suggested elsewhere Trump is supported in this ‘populist crusade’ by an America-First subset of the elite intent on trade normalization and re-industrialization. The plot thickens.)

The second vision is overwhelmingly reactionary, roughly comprising the establishment parties (Democrats and ‘RINO’ Republicans), the Trumanite Military-Industrial-Surveillance-Media-Complex, the US Chamber of Commerce (multinational corporatism), the Council on Foreign Relations (CFR) and a relative latecomer: Antifa foot soldiers dedicated mostly to Open Society Foundation paychecks. Soon, full employment will hire these Bolshe-vistas away.

Too bad so many decent moderate and left-leaning Americans are effectively caught in the dissonant headlights of the second vision’s media-propagated, out-sized fear of Trumpism. 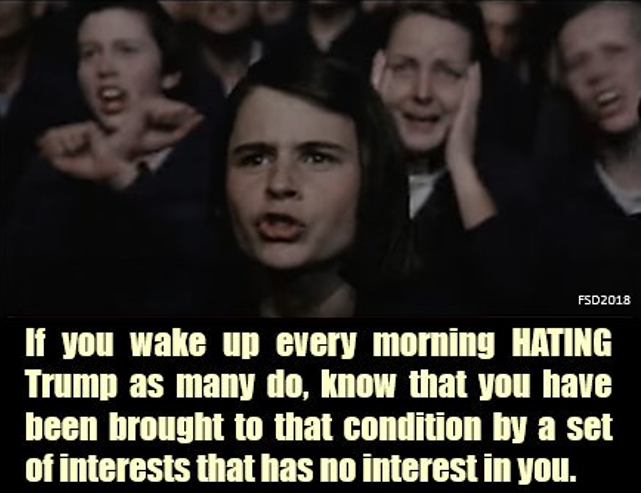 Managed Democracy has little choice but to…