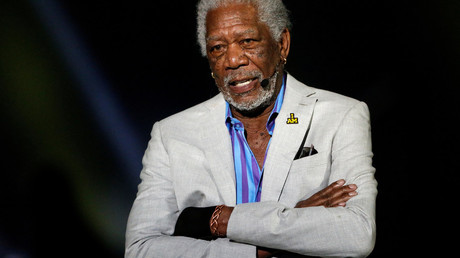 A lawyer for Morgan Freeman has demanded that CNN retract a story published last week, which included allegations of sexual harassment and inappropriate behavior towards women.

In the CNN article, eight women accused Freeman of inappropriately touching them and making sexually suggestive comments about their appearances. A number of other women also said they had witnessed the behavior.

Now, the law firm representing the actor has demanded an immediate retraction and apology. In a letter obtained by BuzzFeed news website and the Hollywood Reporter magazine, the Irell & Manella LLP firm said CNN’s article was “the product of malicious intent, falsehoods, sleight-of-hand, an absence of editorial control, and journalistic malpractice.”

The 10-page letter highlights the fact that one of the women named in CNN’s story subsequently told TMZ that she had never accused Freeman of harassment, and said that CNN had taken her comments out of context. Freeman’s lawyers also noted that most of the other women in the story were unnamed.

In 10 page letter, a law firm representing Morgan Freeman is threatening legal action against CNN, calling for a retraction and an apology, citing @TyraMartin saying she was mischaracterized and Melas’s description of her own experience with Freeman: (1/x) pic.twitter.com/F514eICE5O

CNN reporter Chloe Melas, who co-authored the expose, also alleged that Freeman made inappropriate comments to her about her pregnancy when she was covering the release of the ‘Going In Style’ movie in which Freeman starred.

Freeman has adamantly denied claims of harassment and sexual misconduct, releasing a statement saying that he would never “intentionally offend or knowingly make anyone feel uneasy.”

In a follow-up statement the next day, Freeman said it was wrong to equate “misplaced compliments or humor” with “horrific incidents of sexual assault.”

“I did not create unsafe work environments. I did not assault women. I did not offer employment or advancement in exchange for sex. Any suggestion that I did so is completely false,” Freeman said.