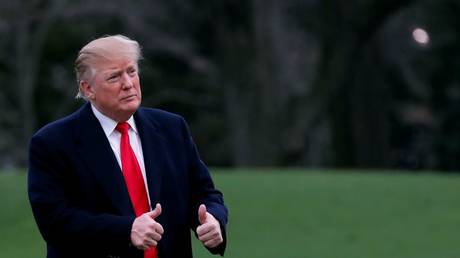 Journalists who peddled Russiagate accounts have struggled to cope with Mueller’s deflating findings, but their suffering will likely intensify now that they’ve handed Donald Trump ammunition for his re-election, analysts told RT.

For two years, American media outlets have chanted in unison about President Donald Trump conspiring with the Kremlin. With the Justice Department now confirming that the Robert Mueller’s special investigation found no such “collusion,” reporters and Twitter pundits have been rushing to implement damage control – by building a wall of evasions and denials to hide behind.

But the damage may have already been done: Their religious zeal for officially-debunked Russiagate has gifted Trump the perfect talking point for the 2020 election. The Democrats, who gladly embraced the wild conspiracies in an attempt to invigorate their base, may have scored a massive own goal, many analysts agree.

“The Democrats need to focus on bread and butter issues: healthcare, education, homelessness, infrastructure, but they’ve decided time and again to focus on the secondary issues like Russiagate,” journalist and human rights lawyer Dan Kovalik said. “And if they continue to do so, they do so at their peril.”

Now that the Russiagate narrative has collapsed, the media and the Democratic Party are facing four more years of Trump, political analyst Charles Ortel told RT.

“The American people are going to turn against these corrupt insiders and come out in spades in this 2020 election.”