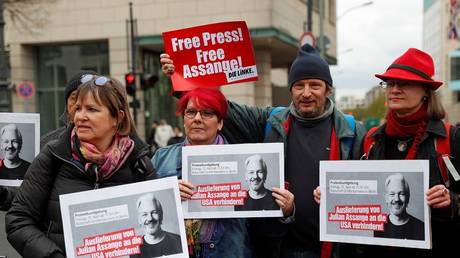 Late night TV host John Oliver is not the greatest friend to WikiLeaks, but the comedian broke ranks with the mainstream press and took to the air with a ringing defense of the organization’s founder, Julian Assange.

During his HBO show Last Week Tonight on Sunday, Oliver slammed CNN’s coverage of the arrest, which opted to focus on Assange’s facial hair more than what the it could mean for press freedoms around the world.

“Yes, his arrest sparks a difficult debate about the efficacy of journalistic protections in the age of cyber espionage, but look how bad he looks!” Oliver said, mocking the coverage. “He looks like a peeled potato rolled in spider webs!”

We’re having fun, aren’t we?

The host reminded his audience of what Assange is charged with—a conspiracy related to helping whistleblower Chelsea Manning obtain and leak classified material—although without going into what the Manning leak revealed. Part of that leak included the “Collateral Murder” video, which depicts an American gunship massacring a group of Iraqis in a public square in Baghdad, including two Reuters reporters.

“I’m really sorry everyone, but it might actually be time to defend Julian Assange,” said Oliver.

“You are allowed not to like him,” Oliver added, “but America’s current attempts to extradite him hang on a specific charge that many press advocates find unsettling.”

Assange was arrested by UK police on April 11 after Ecuador rescinded his political asylum. He lived in the Ecuadorian embassy in London for seven years prior to his arrest, seeking refuge from a British arrest warrant and US extradition requests.