Is Christmas a time of good cheer to celebrate with family, or a great chance to learn about consent by refusing to hug your relatives, as the US Girl Scouts suggested? Two RT guests engage in an unseasonably hot debate. 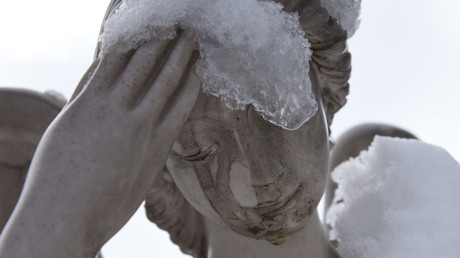 “Children have to learn self-determination and self-autonomy, and they have to realize they are in control of their bodies,” Reese Everson, a campaigner against sexual harassment, told RT from Washington.

“I think we do want our children to be gracious [gift] recipients, and anything that takes away from that is completely ignoring the conversations that should be taking place between children and their parents on a daily basis,” counters psychology expert and conservative voice Gina Loudon. She suggests that girls should be forewarned about any potentially treacherous contacts with family members in advance, rather than told to pull away.

The discussion, which has become something of an annual Christmas tradition, was reignited by a Girl Scouts blog post last week which cautioned that the festive season may “be a time when your daughter gets the wrong idea about consent and physical affection.”

The organization instructed parents to reconsider ever telling their daughters to give a family member a hug, and suggested that family gatherings are a fertile opportunity for paedophilic predators. Instead, authors suggested air kisses and high fives as potential alternative shows of gratitude.

Watch the full debate below.