Washington’s current foreign-policy practice is a bit reminiscent of the golden era of the Ottoman Sublime Porte, in the sense that any visit by a leader of a vassal state is seen as nothing more than an opportunity for a public demonstration of his willingness to serve the great sultan or, in the modern context, to do the bidding of the master of the White House.

The visitor must also wear a big grin and speak passionately about how happy he is to have been given the opportunity to kiss the Sultan’s slippers. Or, to put it in the language of today, to be impressed with the leadership of the US and personally inspired by the energy of the American president. The Washington establishment can’t wrap its head around any other configuration, and therefore in the present era of America’s ebbing hegemony, the ideal visitors to the White House are the presidents of Ukraine or the Baltic countries. The other heads of states that come to Washington, including EU leaders and even some African presidents, act like insolent upstarts, who — from the standpoint of imperial tradition — do not stand to attention, tend to offer their flattery without fervor or exuberance, and, most importantly, do not race off to fulfill the wishes of the leaders of the empire. 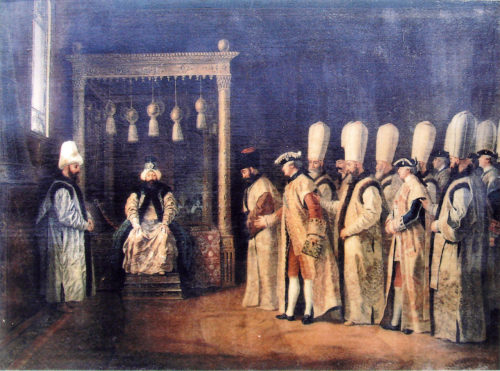 The meeting between German Chancellor Angela Merkel and US President Donald Trump on April 27, 2018 served only to…