It might not have been the prime time news. It might not have been Newsnight or even Question Time. So when the esteemed Secretary for Defence Gavin Williamson beamed in via satellite from a safari park in Worcester to talk to Good Morning Britain, he may be forgiven for expecting a softer round of questioning. 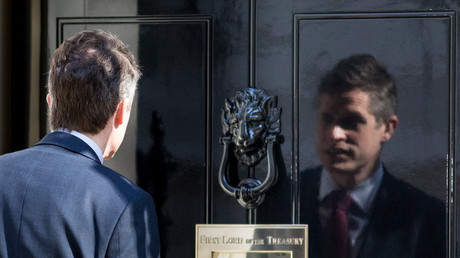 Hoping to keep the interview as light and breezy – as much as one possibly can when heading a department that controls nuclear weapons, Williamson was there to talk about the deployment of British troops, not to Afghanistan where US President Trump wants them, but to Malawi to help protect wild elephants from poachers.

Madeley, filling in this week for the one-man headline generator Piers Morgan, had other ideas.

After repeatedly failing to answer questions about whether he regretted telling Russia to “shut up and go away” earlier this year, a visibly frustrated Madeley called the interview off, leaving a bemused Williamson with only the elephants, lingering curiously behind him, for company.

For a broadcaster with a 30-year television career, who is more known for his Ali G impressions, a wildly successful broadcasted book club, and awkward flirting with his wife and frequent co-host Judy Finnigan, viewers may not have been expecting such a tough line of questioning over their morning coffee.

“What are these politicians like?” Madeley then asked his co-host Charlotte Hawkins after a pained sip from his coffee mug.

In the aftermath of the banishment, Madeley took to the Opinion pages of The Guardian to decry the “utterly shameless, droning obfuscation” of Williamson, and “how well drilled today’s politicians have become at evasion, obfuscation and manipulation during interviews.”

Due to the overwhelmingly positive reception he received, he called the outburst the “most popular thing I’ve ever done on TV,” and revealed his plans for future interviews with politicians.

“I’ve got a new rule when conducting interviews with politicians who won’t answer the question. Three strikes, and you’re out.”

“If all of us interviewers adopt that principle, the quality of political debate on television will immediately and dramatically improve.”

He’s Madeley as hell, and he’s not going to take this anymore!