As cities become increasingly difficult to afford for middle-income Americans, how do we reframe the concept of ethical consumption to fit the requirement for creative people to move to a major cultural center to succeed? 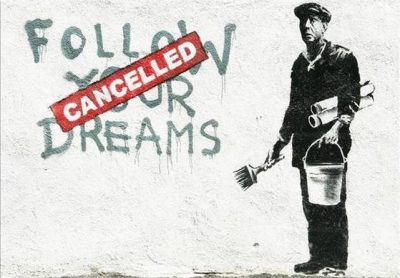 The idea of moving to New York to pursue your dreams or a better life has a history dating back centuries. There are chefs from around the world who wanted to open a restaurant sharing their hometown cuisine with American audiences. There are artists, writers, and musicians from the Midwest who wanted to be in the biggest city in the country for the most opportunities.

It’s a romantic story that’s no less interesting and unique because it’s so common. While native New Yorkers rightly show off their stripes, go back a generation or two and you’ll find most of their families were based somewhere else.

This narrative continues as people arrive by bus, train, and plane every day. However, this is a different era with different conditions.

I’m not talking about immigrants seeking refuge or people who’ve bravely fled war-torn countries for survival. I’m talking about people who choose New York purposely, because of its cultural capital.

Where once this was a city to arrive in with a dollar and a dream, it’s now a city that requires you to save for months or years in advance to land on your feet.

Moving to New York, or most American cities, to pursue your dreams has become both a privilege and a requirement in…