A Leader should be like a father… he helps the country grow, teaches it, provides for its future. Erdogan? He is no father to Turkey.

— Turkish citizen on the streets of Istanbul

Author’s Note: This is Part One of an on-scene investigative series direct from the streets of Turkey, Lebanon, and Syria.

On the streets, cafes, and carpet shops of Istanbul a very different story than the one presented by western media is developing about the true allegiance of Turkey’s president Recep Tayyip Erdogan. While he continues to play a dangerous international game between Russia and the NATO/Israeli/US alliance his biggest future enemy walks the streets of his realm… the Turkish people. And he knows it. 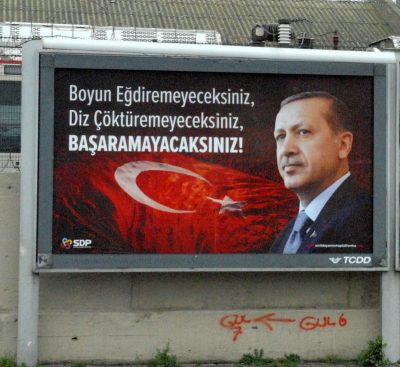 While walking the ancient hilly streets here in Istanbul, where the ill-fated Occupy/Turkey movement and the purported “coup” once reared its populist head in the huge Taksim Square, police presence  is massive, intentional and obvious.

Since the coup of July 15, 2016, most street corners now have patrol cars sitting idly, their flashing lights always on, two cops per car, sitting inside doing little but smoking fat non-filtered Turkish cigarettes and staring at the passers-by. Six different police uniforms can be observed along with those of three different branches of military garb. The uniform seen most is a simple, very new looking royal blue and black jacket with “Polis” emblazoned on the back in white six inch…