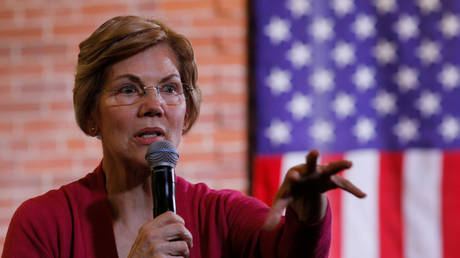 As Elizabeth Warren offers a public apology to the Cherokee Nation for identifying as a Native American, new instances of her making the claim are coming to light, including her Texas Bar registration from 1986.

Warren’s yellow registration card was obtained by the Washington Post through a public records request and features her handwritten claim to Native American ancestry, followed by her signature. This is just one example among many in her decades of public claims to having native heritage, an assertion which has haunted the opening stages of her potential 2020 presidential run.

While the senator’s office is not disputing the card’s authenticity, many have been skeptical about the authenticity of her native lineage, including President Trump who has mockingly awarded her the nickname “Pocahontas.” Another notable group of doubters is the Cherokee nation itself, who called the senator’s DNA test “useless” in determining citizenship. The DNA test was hardly conclusive, stating that she may have had a Native American ancestry “six to 10 generations ago.”

Warren has now apologized to the Cherokee Nation, this week marking the first time the senator has expressed regret for her claims in light of the mounting controversy.

“I can’t go back,” Warren told the Post. “But I am sorry for furthering confusion on tribal sovereignty and tribal citizenship and harm that resulted.”

As Warren guns for a leadership position in a party which has oriented itself toward minority voters and political correctness, the controversy threatens to sink her chances early in the game. Her opponents have wasted no time using the situation to their advantage.

Suspicious timing for this to come out. It’s almost like Elizabeth Warren is trying to hide what I’ve said all along about taking advantage of her fake Native American heritage at the expense of real Native Americans and minorities. pic.twitter.com/ZeKbYa23Jq

While billing herself as an opponent of Wall Street and a champion of the middle-class, Warren has had a difficult time building her Robin Hood image. Last month, Trump savaged the senator’s political ad which attempted to endear the former Harvard professor to the average American by featuring her drinking a beer in the kitchen of her $2 million dollar mansion.

If Elizabeth Warren, often referred to by me as Pocahontas, did this commercial from Bighorn or Wounded Knee instead of her kitchen, with her husband dressed in full Indian garb, it would have been a smash! pic.twitter.com/D5KWr8EPan