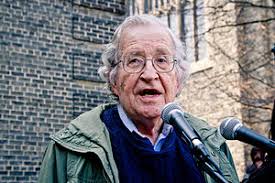 John Halle is the Director of Studies in Music Theory and Practice at Bard College. He joined the faculty of Bard after serving for seven years in the music department at Yale University. As an active composer and theorist, his scholarship focuses on connections between the mental representation of language and music. Halle is also known for his political writings and collaboration with Noam Chomsky. Along with Chomsky, he co-authored, An Eight Point Brief for LEV (Lesser Evil Voting), a widely read essay, in the summer of 2016. [See also “An Eight Point Brief for Voting to Avoid Corporate Evil.”]

In this interview, John Halle explains the need to engage in electoral politics while maintaining a high level of skepticism for the paternalistic elites found in both dominant political parties. Further, Halle makes observations of how those on the left can more adequately reevaluate their relationship with activism, protest and revolution. Halle explains how this all can fit into creating a viable and workable policy agenda that can be moved forward until legitimate alternatives are presented. Many of these ideas culminate from his writings with Chomsky.

Daniel Falcone: Should people be more engaged in electoral politics now with the Trump Administration in office? Many have been reluctant to do so in the past. Here, I’m basically expressing the need to strategically vote against Republicans. What are your thoughts?