A team of researchers in California have discovered the exact hormone that triggers fat to burn, using roundworms as their test subjects. If they can replicate their results in humans this could be a game changer for fat loss.

“Serotonin, a central neuromodulator with ancient ties to feeding and metabolism, is a major driver of body fat loss. However, mechanisms by which central serotonin action leads to fat loss remain unknown,” the study’s abstract states.
While scientists have long been aware of a connection between serotonin and fat loss, the scientific community had yet to determine exactly how the process worked – and whether it could be triggered without any unwanted side effects. 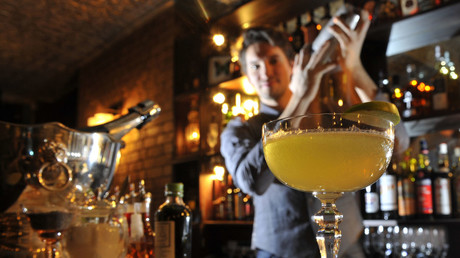 Using “Basic science” was the key to the discovery, according to Scripps Research Institute (TSRI) Assistant Professor Supriya Srinivasan, senior author of the research published in Nature.

The team of biologists experimented with the C. elegans species of roundworm by deleting a variety of genes in the hopes of disrupting the path between serotonin and the fat burning mechanism in the gut. This led them to the gene that encodes the neuropeptide hormone FLP-7. This particular roundworm is often used in neuroendocrine biology as a model as it is easy to perform large scale screens and faster formal studies.

The mammalian equivalent of the FLP-7 hormone was already well-known, but poorly understood it seems, having been identified roughly 80 years ago.

During their studies, the team triggered the release of serotonin through sensory cues, which in turn released the FLP-7 hormone.The researchers tagged the hormone with a fluorescent red protein so its movement could be tracked through the translucent roundworm.

It was observed moving through the roundworm’s circulatory system as it traveled from the brain to the gut and initiated fat burning.

By isolating the hormone’s trigger, the researchers were able to initiate increased fat burning in the roundworms without any of the unwanted side effects of serotonin on appetite, reproduction or even movement.

The team hopes their findings will spur further research into the hormone and its mammalian equivalent, with a view to targeting, triggering and regulating FLP-7 levels and thus, effortless fat loss.