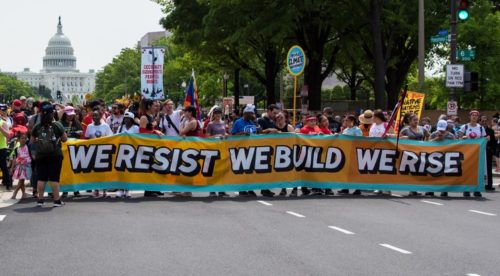 On this Earth Day, it is difficult to look at the state of the planet and the current political leadership and see much hope. In “Junk Planet” Robert Burrowes writes a comprehensive description of the degradation of the atmosphere, oceans, waterways, groundwater, and soil as well as the modern pollution of antibiotic waste, genetic engineering, nanowaste, space junk, military waste and nuclear, a description of a planet degraded by pollution impacting our bodies and health as well as the planet’s future.

Burrowes includes another form of waste, junk information, that denies reality; e.g., climate change, the dangers of extreme energy extraction and food polluted by genetic engineering, pesticides, and depleted soils. This false reporting results in policies that create a risk of ecosystem collapse.

Political and economic elites want people to believe these problems do not exist. Those in power seek to protect profits from dirty energy rather than transition to 100 percent clean energy. They seek to protect agribusiness food, pesticides, and genetically modified foods rather than transform food to organic, locally grown foods using regenerative agriculture. They deny the reality of environmental racism rather than correct decades of racism and provide reparations. They seek to put profits ahead of the health and necessities of people as well as ahead of protecting and restoring…