Do you think it is that simple to travel around the Middle East? Think twice!

Ask Palestinians, about trying to get from a point A to a point B in their own nation.

Some time ago, sitting in an old Ottoman hotel in Bethlehem, I asked a waiter what it takes to travel from there to Gaza, where he said, several of his relatives were living. He looked at me as if I had fallen from the Moon:

There is no way I could travel there. If my relatives get very sick or die, then, in theory, I could apply for an Israeli travel permit to go there, but there is absolutely no guarantee that they would approve, or that I could get to Gaza on time… 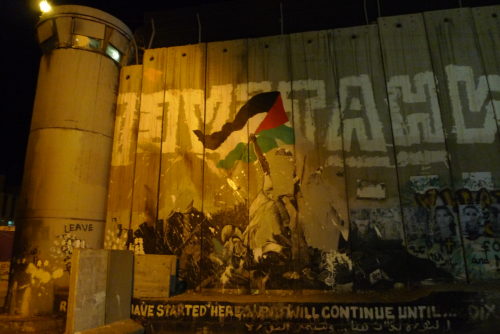 I tried to appear naïve: “And what if someone from an Arab country which does not recognize Israel, wants to come here, to Bethlehem? Like, a Lebanese pilgrim or just a tourist? Could he or she enter from Jordan?”

The waiter weighed for a while whether to reply at all, but then had mercy on me:

West Bank… You know, it only appears on the maps as some sort of autonomous or independent territory. In reality, the borders and movement of the people have been fully controlled by the Israelis.

My friend, a legendary left-wing Israeli human rights lawyer and a staunch Palestinian independence supporter, Linda Brayer, downed another cup of coffee and made several cynical remarks. She was actually illegally ‘smuggled’ by me into Bethlehem. As an Israeli citizen, she was not allowed to enter the West Bank at…