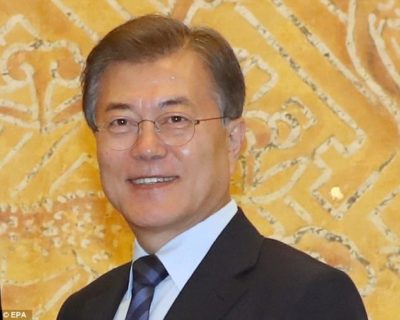 The South Korean president, Moon Jae-In, has been a discreet if powerful mover in the recent détente and peace-building process between North and South Korea and the US.  If the momentum of the Panmunjom Declaration and the successful summit between the DPRK and the US are continued, then promising outcomes are possible: peace and denuclearization of the peninsula, economic reintegration, diplomatic normalization, possible future confederation, and fundamental geopolitical shift.  What bodes well is that the people of South Korea have extraordinary confidence in President Moon Jae and his policies.  This much loved and respected individual is someone who has spent a lifetime achieving extraordinary outcomes while struggling against impossible, unbelievable odds.

The following passages in block quotes are some vignettes (in his own words, lightly annotated or edited for clarity) extracted from his modest, understated autobiography, Destiny, written in 2011, that give us some insights into this extraordinary leader and human being.

In 1972, the South Korean military dictator Park Chung Hee—a former Japanese colonial collaborator—directed his secret police to rewrite South Korea’s authoritarian constitution.  The result, known as the Yushin [“revitalizing reform”] constitution, was a totalitarian document cribbed in title, content, and spirit from the…