Resolution 2397, December 22, 2017: Security Council Inflicts Gestapo-Style Sanctions on DPRK, Despite Warnings They Will Annihilate the People of North Korea 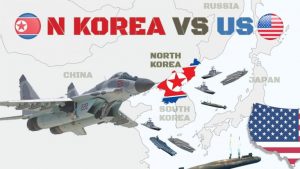 Ignoring the avalanche of evidence that prior sanctions on the DPRK are causing a devastating humanitarian crisis for the people of North Korea, especially the most vulnerable, on December 22, despite warnings of the catastrophic consequences to the people, the UN Security Council passed a new set of sanctions so draconian and inhumane that they must be compared to Hitler’s Nuremberg laws.

In quintessentially bad faith, many of these Security Council diplomats who voted “yes” professed ignorance of the human suffering their prior sanctions were inflicting, or are wantonly indifferent to the human agony their votes for these new sanctions make inevitable.

In view of the collapse of the DPRK’s socialist economic system these sanctions are intended to provoke, the ultimate question remains why China and Russia failed to veto these sanctions, while they have the power to prevent this catastrophe. What “arrangements” were made? Has the U.S. juggernaut succeeded in inducing the short-sighted submission of Russia and China, who must certainly anticipate the horrific results of a collapse of the DPRK, which will lead to the complete destabilization of the Eurasian continent, a permanent American military presence, and probably nuclear war. Surely Russia must remember that Gorbachev was assured by U.S….