I don’t want Rahman, Inaam’s brother, to end up being killed. Rahman is now training to be a soldier.

Both Sultan and Hussein were Afghan soldiers in their twenties. They joined the army because there were no other viable jobs available. Their families needed food. Hussein was killed in Helmand Province, where in the past 15 years, 18,000 policemen (not counting soldiers or civilians) were killed

Newton would have wondered why we fail to apply scientific laws to human behaviour too; for every action, there is an equal and opposite reaction. The more ‘enemies’ that armies and soldiers kill, the more soldiers and civilians will be killed.

The casualty numbers in Afghanistan and elsewhere prove this.  The 2015 Global Terrorism Index has recorded a nine-fold increase in terrorism-related deaths since 2000. War doesn’t work! 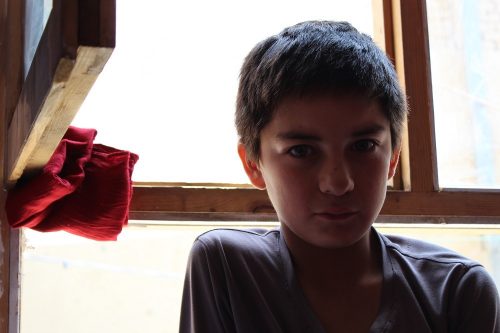 Inaam, whose brother, Rahman, signed up to be a soldier as there were no other viable jobs

Inaam, who is a street kid attending the Borderfree Afghan Street Kids School, had taken me to his family’s rented room so I could do an annual household survey. It was then that I heard his mother tell Rahman’s story. I felt a slow panic, even though I hadn’t met Rahman before.

“My son called to say he was feeling terrible. His hands were blistered from the army training. They are training him to…