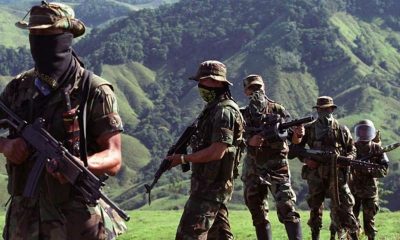 Paramilitaries on the Columbia Venezuela border

Murders of trade unionists and social leaders, paramilitary activity, coca production… If we only paid attention to the mainstream media we would not get the idea that these problems are actually growing in Colombia, one year after the peace agreement between the Colombian government and the FARC came into place. To get a better picture and understand how all these elements connect to US policy and corporate interests, we interviewed Daniel Kovalik, a lawyer and human rights activist who has long been involved in the struggle for peace and justice in Colombia.

Ricardo Vaz: The peace agreement between the FARC and the Colombian government was brought into place about a year ago. And yet, as you stress in a recent article you wrote, trade unionists, social leaders, indigenous and Afro-Colombian leaders, are actually being murdered at a higher rate than before. How do you explain this?

Daniel Kovalik: Yes, that’s true. And, in fact, they are being killed at a higher rate even though the overall violence level in Colombia has gone down in recent times. I think it’s very easy to explain. The paramilitaries are still very much a factor and a force in Colombia. They are now starting to take over territory that the FARC once held, and frankly they are also feeling emboldened by the peace process.

This was a fear that a lot of folks had. You probably recall that in the 1980s the FARC also signed on to a peace…