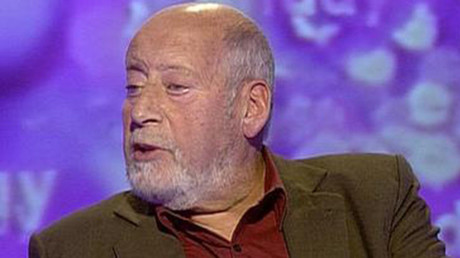 Former broadcaster and politician Sir Clement Freud, who befriended the McCann family following the disappearance of their daughter Madeleine in 2007, has been exposed as a pedophile, who sexually abused young girls for decades.

Freud spent years abusing girls as young as 10, including Sylvia Woosley, whom he raised as a daughter. He continuously abused her until she managed to move out aged 19.

The senior Liberal Party figure died in 2009. Now police are to investigate his links to the McCann family after the abuse claims were made by an ITV Exposure documentary.

The Liberals only had 13 MPs after the Oct 1974 election. Three of them were Jeremy Thorpe, Cyril Smith and Clement Freud

Gerry and Kate McCann are thought to have been in contact with the MP, who had a holiday home in the Praia da Luz resort in Portugal, where Madeleine disappeared and also hosted the McCanns at his home, the Telegraph reports.

Though Freud’s family allegedly denied he was in Portugal at the time of Madeleine’s disappearance, police are expected to assess the new information about his past and decide whether the fresh revelations are relevant to the case.

His widow Jill Freud, 89, said in a statement she is “deeply saddened and profoundly sorry for what has happened to these women.”

The McCanns also said they are “horrified” by the discovery that Freud was a pedophile following the ITV revelations.

A spokesperson for the family said Gerry and Kate McCann were unaware of the politician’s history of child abuse.

Officers from Operation Grange, the ongoing investigation by London’s Metropolitan Police, did not respond the questions about a possible link, but former murder squad detective Colin Sutton said “it would be certainly a potential line of inquiry that would be worth pursuing,” according to the Telegraph.

“It is not something that ought to be taken lightly and you would also want to look at any connections he may have had in the area at that time,” he added.

A second woman who remains anonymous told ITV she was abused by Freud at age 11 and eventually raped seven years later when he was an MP for the Liberal Party and shared an office with MP Cyril Smith, who was also revealed to be a pedophile following his death in 2010.

Freud had been a popular television and radio personality for decades and regularly contributed to Radio 4’s Just A Minute.

He was also the grandson of renowned psychoanalyst Sigmund Freud and brother of Lucian, regarded by many as Britain’s greatest artist of recent decades.