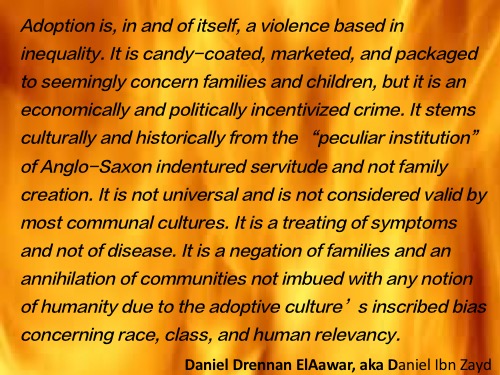 Despite the illusion of adoption as an altruistic child-saving social service . . .  adoption is deeply imbued in classism, nearly always redistributing children from economically at-risk “unmarried” or “too young” mothers and fathers, or those in temporary crisis, to adopters of higher socio-economic status who can afford the tens of thousands of dollars that babies cost.

Some call it Class Warfare. I have dubbed it Reverse Robinhoodism.

It is the poor states that produce the children and the rich that consume them. In this process, poor parents are left behind, serving only as the initial fabricators of other people’s children.

Most infants placed for adoption come from poor families. …This is a sad commentary on the richest and most powerful country in the world. Even poor married couples are relinquishing their children.

USA Today, May 18, 2009, cover story tells of Renee, a 36-year-old mother of three teens who earns $50,000 a year. Renee relinquished her fourth child, a baby she briefly breastfed because of financial strain on her and her children. 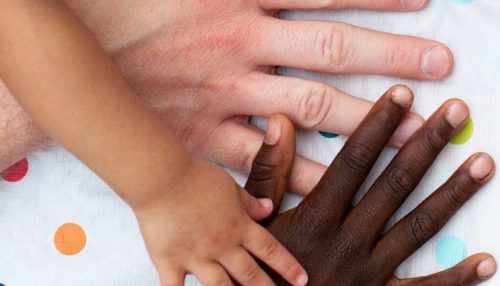