Philip Hammond has been banned from using RAF jets until he settles a six-figure bill for the Treasury’s first-class flights. The row comes as the Treasury and Ministry of Defence are at loggerheads over plans to slash funding.

Defense officials have been ordered not to accept any more travel requests from the Treasury until the government department pays back what it owes for using the No31 Squadron, a service generally reserved for VIPs. 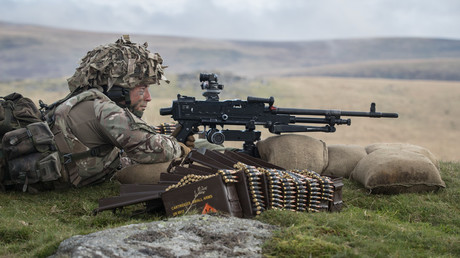 “The bill is a six-figure sum. At the moment he is banned from using the flights until he pays for it. It is like getting an Uber [taxi] account, if you don’t pay…” a source told The Times.

New Defense Secretary Gavin Williamson has been praised for standing up to the “bully boys at the Treasury.” Williamson is due to ask Hammond for an extra £2 billion ($2.67 billion) a year towards defense to compensate for cuts announced following a national security review. 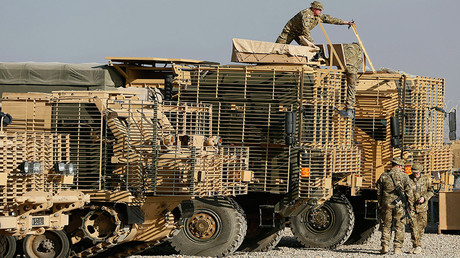 The chancellor has been accused of “double standards” as he faces accusations of relentlessly pushing for further slashes to the defense sector in an attempt to plug a £20 billion ($26.7 billion) funding black hole.

Hammond has reportedly argued for the British Army to be cut from the 80,000 troops to 50,000, claiming that it would be enough to defend Britain. The reports drew scorn from his Conservative colleagues, with former army officer and Tory MP Johnny Mercer telling The Sun: “We couldn’t even fulfil our NATO commitments with 50,000, let alone mount a sustained defense of our nation or its dependent territories.”

A Cabinet Office review, scheduled for early next year, is expected to bring a plethora of cuts for the UK’s armed forces. Vulnerable areas include amphibious vehicles and the marines, the F-35 program and the plans to create a new 30,000-strong army division by 2025.