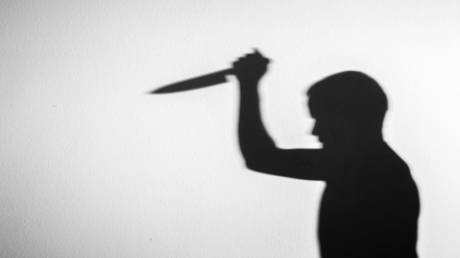 The UK’s sixth largest supermarket operator Co-operative Group has stopped selling single kitchen knives, in a response to the surge in fatal stabbings across the country.

The move was announced by the company on Friday, although the knives had actually been pulled from the stores around three weeks ago.

A similar move was announced by Walmart-owned UK supermarket chain Asda a month ago. The chain is to pull all single knives from its stores by the end of April.

Also on rt.com
Number of stabbing homicides in England and Wales at highest level ever recorded


It was not immediately clear whether such a measure might actually contribute to curbing the spike in violent crime. Lack of single knives on sale might potentially deter some cash-strapped aspiring stabbers, who cannot afford to buy a six-pack – or who simply do not want to waste money on some peeling knives, which are not suitable for knife violence. On the other hand, single knives are among the most frequently shoplifted items from UK stores – and nabbing a larger pack instead is surely more difficult.

The UK has seen a rise in knife violence over the past months, with 285 fatal stabbings across England and Wales in 2018. The grim figure is the highest ever – at least since such statistics have been recorded.

While knife crime is rampant across the country – at least 48 people were knifed down since the start of this year – UK authorities have been preoccupied with fruitlessly talking Brexit instead. Late in March, PM Theresa May accused the MPs of “talking about nothing else but Brexit when you have real concerns about our children’s schools, our National Health Service, knife crime.” Her remark enraged MPs, who accused May of shifting blame and of inciting violence against them.

On Monday, May held a knife-crime summit with teachers and announced plans that could make teachers and health workers responsible for tackling violent behavior among the youth. But the latest knife attack, which occurred a day after that summit in Edmonton, was apparently committed by an adult. A 29-year-old man, Jason Kakaire, was arrested after the incident and was charged with five attempted murders for a string of stabbings in north London between March 30 and April 2.