Millions of pupils who qualify for free school meals during term time are going hungry while on vacation because their families are struggling to cope with the rising cost of food, MPs and peers have warned.

The All Party Parliamentary Group on Hunger says children are regularly living on crisps (potato chips) and energy drinks when school canteens close at holiday time. 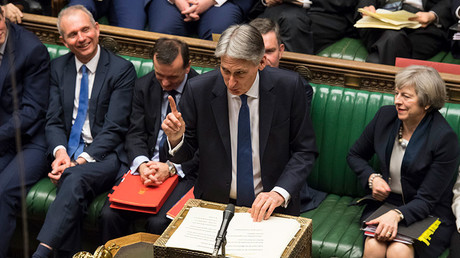 According to its latest report, compiled over the course of a two-month inquiry, an estimated 1 million children from the poorest backgrounds rely on free school meals.

However, up to 2 million pupils whose parents are on low wages do not qualify for free meals at all.

The report highlighted the case of one group of children who had to quit football practice because their bodies could not cope with the physical strain as a result of under-nourishment.

“Their bodies simply gave up on them,” the report said.

The report also highlights cases of children vomiting as a result of hunger, while others are being fed flavored water or cereal to quell hunger pangs as parents struggle to cover the cost of decent meals.

It also warns the situation could have a damaging impact on children’s abilities when they return to the classroom.

According to the report, the loss of free meals at schools means parents are forced to fork out an extra £30 to £40 (US$38.50 to $51) per week to cover the cost of feeding each child.

Holidays tend to be a burden for parents as costs for foods, fuel and activities strike all at once.

This is compounded by the fact that many families do not know how to prepare healthy meals on a budget, according to the report. 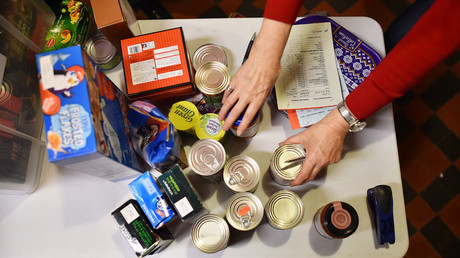 The Family and Childcare Trust told the inquiry that local authorities lack childcare facilities for the holiday period.

The report calls on the government to use 10 percent of its revenues from the tax on sugary drinks, which comes into force next year, to allocate £100,000 to each council for schemes ensuring children are properly fed during school vacations.

Committee chairman Frank Field, who described the evidence as “staggering,” said: “[In the] fifth-richest country in the world, too many children are stalked by hunger.”

Dr. Philippa Whitford, vice chair of the group, said losing access to free meals could “simply be the final straw which overwhelms some families’ ability to keep their children fed and, particularly, nourished.”

She also warned that being ill-nourished does not necessarily result in underweight children, but also in overweight ones.

“Hidden hunger does not just result in underweight children … those who are eating a stodgy low-protein diet, with no fresh fruit or vegetables, can end up both obese and yet malnourished,” she said.

Responding to the findings, the Department for Work and Pensions (DWP) said the employment rate is at its joint highest since 1975, while the number of children growing up in unemployed households is at a record low.

It said £90 billion ($115 billion) per year is being set aside for working age benefits to create a social “safety net.”