Would you ever think of the third largest island on Earth – Borneo (known as Kalimantan in Indonesia) – as one of the cradles of the world’s democracy? Perhaps you wouldn’t, but you should. 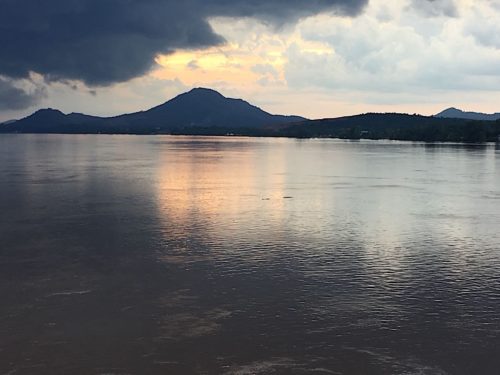 This is how Kalimantan used to be

While Europe was engaged in myriads of internal as well as expansionist wars, in the once lush, tropical Borneo, people who belonged to the ancient local cultures, used to decide things communally, by consensus, or should we use the Western term, “democratically”. Judged by today’s standards, they were also living the lives of determined ‘environmentalists’, showing great respect for the nature around them – for all living creatures, plants, deep forests, wide rivers as well as humble creeks.

True, local people – Dayaks – were often marked as “headhunters”, at least by the European Orientalists. But that was only one of many features of their culture. Dayaks spoke at least 170 languages and dialects, enjoying complex fabric of cultures, customs and laws.

The bottom line is: in many ways and for many centuries, traditional Dayaks were able to co-exist perfectly well with their island and with the surrounding environment.

If left alone, that is what they would still be doing now – living their own lives, in their own place, and most likely, living well.

Unfortunately, that was not meant to be.

Borneo was attacked, colonized and devastated by European invaders. For a short period, the Japanese occupied the island,…