The BBC is facing a backlash after guests on a long-running show were allegedly asked to remove poppies before going on air. The red paper flower is worn in November to mark Armistice Day, a national remembrance for those killed in conflict since WWI.

Daily Mail sketch writer Quentin Letts claims he was told he should remove his poppy before appearing on the comedy quiz show ‘Have I Got News For You’. Guests were allegedly told they would be banned from appearing on the show if they insisted on keeping the badges. 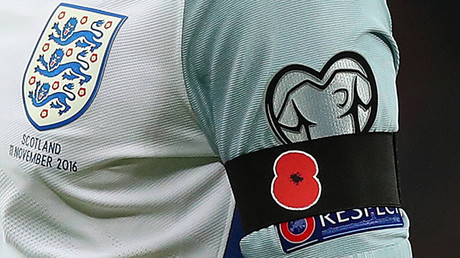 “I have had messages from some viewers who were cross that I did not wear a poppy for the show,” Letts told MailOnline.

“I felt I should explain myself. I am afraid I was a bit wet and in the short moments before going on, yielded to the request.” Letts said he lost his nerve ahead of the comedy panel show. “I should have held my ground but wimped out for an easy life.”

The claim has provoked outcry. The Royal British Legion said it opposed “those who attempt to coerce or criticize people” for wearing the poppy, and defended the right to choose whether or not to wear it.

Tory MP Alec Shelbrooke said “It is outrageous. What on earth is a publicly-funded body doing dishonouring our war dead?”

“That is hypocritical of the BBC. To think they host the Albert Hall poppy remembrance service. Perhaps it should go to ITV?” Judith Hughes tweeted. 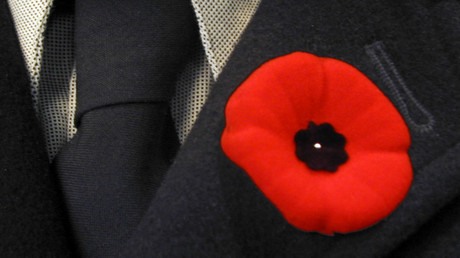 A BBC spokesman told MailOnline poppies are only worn by the ‘Have I Got News For You’ host and panelists on the week of Remembrance Sunday itself.

However, it is not the first time the BBC has been hit with poppy controversy. In 2016, ‘The One Show’ came under fire for pinning a poppy on the ‘Cookie Monster’. The broadcaster was slammed for having “trivialised” the deaths of millions.

Conservative MP Philip Davies urged BBC Director-General Lord Hall to launch an investigation, telling the Sun: “We need an explanation how this happened. It is hugely disrespectful to all those people who made great sacrifices so that people are free to poke fun at other people like they are on ‘Have I Got News for You’.”

Britons wear the poppy as a symbol to commemorate the armistice signed on November 11, 1918, officially ending the bloody conflict in which an estimated 18 million people died.