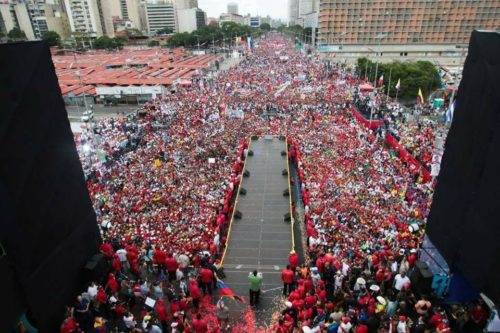 May 17 marked the end of the political campaign for the upcoming presidential and legislative council elections that will take place on Sunday May 20. In Caracas, in the traditional rally-holding place in Avenida Bolívar, Nicolás Maduro gave his closing campaign speech, surrounded by a large crowd that had mobilised in the early hours of the morning and converged from multiple locations in Caracas.

In his speech, Maduro reiterated some of the main tenets of his campaign: the promise to take on the economic “mafias” and to bring forth an “economic revolution”, the rejection of foreign interference in Venezuelan affairs, and a call for participation in the upcoming elections. He also renewed a call for dialogue addressed to all sectors of Venezuelan society.

This final rally brought the curtain on a campaign that saw Maduro all over the country, supported by what has become an impressive electoral machine, with a big ability to mobilise people. Multiple sectors inside the heterogeneous chavismo also voiced their support for Maduro. Even groups that have kept a critical line with regard to government policy in recent times have it clear that only a Maduro victory can guarantee the continuity of the Bolivarian Revolution and the possibility to continue the struggle for socialism. 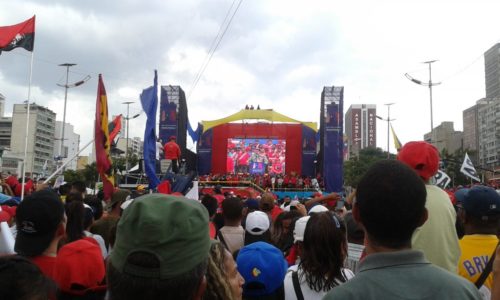 The two main opposition candidates on 20M are…