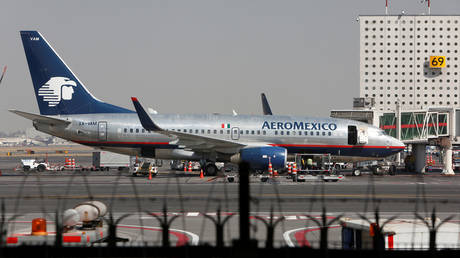 Mexico’s top airline is capitalizing on the ongoing US border wall drama with an ad campaign reminding Americans that they’re not so different from their neighbors to the south – and they’ve got DNA tests to prove it.

Aeromexico DNA-tested Mexico-skeptic Americans all over the southern US, offering them discounts on flights south of the border based on how much Mexican they had in their genes. The Texans in the ad quickly morph from suspicious, xenophobic stereotypes to open-minded world citizens when cheap flights – and the surprise realization that they’re actually part Mexican – are dangled in front of their faces.

The ad claims a full 54 percent of those tested had some Mexican in their DNA – perhaps not surprising, given that Texas, New Mexico, California, and Arizona were part of Mexico less than 200 years ago – but never does get around to asking the southerners why they didn’t want to go to Mexico before learning their true heritage.

Mexico has over 2x the homicides than we do.
Mexico is so corrupt from the local police to it’s past presidents.

I don’t want to go to Mexico.
Ever.

I do love Hispanics.
There is a difference.

Aside from a few contrarians, reactions were almost universally positive, though not every Mexican wanted their northern neighbors dropping by.

On behalf of mexico: They can stay home. Thank you.

This is the best thing I’ve seen all week. Well done! PS I love Mexico and go every year. 👏🏻 🇺🇸 🇲🇽

Aeromexico has tapped into a rich renewable resource – Americans’ nascent social conscience – and seems poised to profit off a rich vein of financial virtue-signaling with the tagline “there are no borders within us.” Unlike wannabe-woke companies like Gillette, they know their way around liberals’ wallets, as this 2016 ad proved.