A Review of Dan Kovalik’s The Plot to Attack Iran: How the CIA and the Deep State have Conspired to Vilify Iran

The Plot to Attack Iran gives a readable and well-referenced look at Western — especially US — abuse of Iran. The author and human rights lawyer Dan Kovalik presents a concise overview of US imperial conduct since World War II. The book is a reminder, which we need from time to time, of the outrageous hypocrisy and deceit of the US government and the corporate media. Kovalik also drives home that Washington’s foreign policy operations are not just a threat to other countries, but threaten the basic safety of the US people. 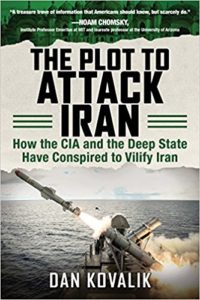 The US strove to crush any Iranian attempts to create their own development path for their country, particularly as oil became an important resource. The US has continuously sought to overthrow the government since the 1979 revolution. The book reviews the US-British coup against Iranian democracy in 1953 which installed the brutal Shah, who established the SAVAK torture network. The double standard of Jimmy “Human Rights” Carter, the struggle against the Shah’s murderous regime, the rise of Ayatollah Khomeini, the background to Iran-Contra, the US playing both sides against each other during Iraq’s war on Iran, the US relations with the Taliban, and the US-Saudi war on Yemen are all covered.

One aspect that could be added to the book is a summary of the social gains made by the Iranian people in the Islamic Republic,…