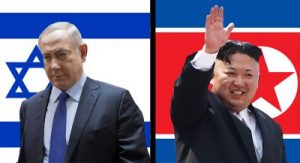 Missing from corporate media accounts is what causes the Democratic People’s Republic of Korea (DPRK aka North Korea) to be singled out for opprobrium for what, essentially, is developing a deterrent against any entity that would attack it.

A comparison with how the United Nations deals with North Korea vis-à-vis another member state state, Israel, is instructive.

Israel occupies Palestinian territory; destroys Palestinian olive groves and poisons Palestinian sheep; sprays Palestinian homes with sewage; sabotages Palestinian water supplies; cuts off power to Palestine; terrorizes Palestinians for hours at checkpoints, including the sick, infirm, and pregnant women, some who are forced to give birth at the checkpoints; stops fishermen from earning a living from the sea; shells hospitals, schools, and playgrounds; blows up kids on beaches; and commits myriad other war crimes. Israel has nuclear weapons and ICBMs. The last point is the only one that North Korea shares with Israel.

Yet only North Korea is vociferously criticized and sanctioned by the US and its allies. Is this fair?

And is it just that North Korea is bullied and sanctioned for developing a self-defense?

Israel was brought into existence by the UN granting Palestinian land from Mandate Palestine to Jews, who happened to be mainly migrant Jews from another continent – Europe.