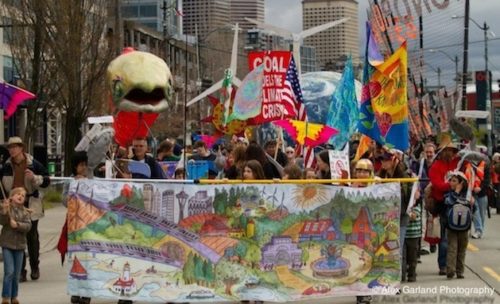 We interviewed Dahr Jamail about his new book, “The End of Ice,” for our podcast, Clearing the FOG, this week. It will be available Monday. Jamail describes the grim reality of human-caused climate distortion. The bottom line is: It is here. It is accelerating. We need to take swift action to attempt to mitigate it and adapt to it as best we can.

The Green New Deal was introduced this week by Congresswoman Ocasio-Cortez and Senator Markey. It is best described by Jason Grumet, head of a conservative Washington, DC think tank, as “a mirror that allows anyone to see their own interest.” It is a resolution that Members of Congress can support because it doesn’t challenge their corporate donors while it gives the illusion of addressing the climate crisis.

The Green New Deal has received mixed responses from the climate justice movement. Some see it as a positive because the idea was introduced in Congress, while others raise serious concerns that its contents leave too much wiggle room for things to stay the same. What becomes of the Green New Deal is up to us to determine. 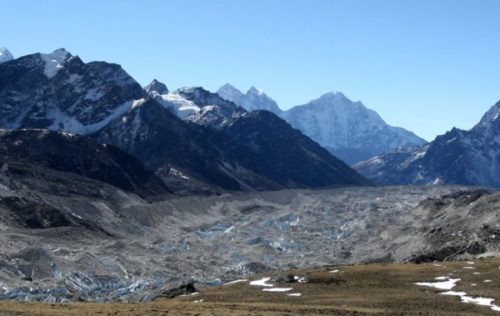 This photograph taken on December 4, 2009 shows a glacier in the Everest region some 140 km (87 miles) northeast of Kathmandu. The Himalayan glaciers provide water for more than a billion people in Asia, but experts say they are melting at an alarming rate, threatening to bring drought to large swathes of the continent within decades. (Photo/Prakash Mathema/AFP/Getty Images)