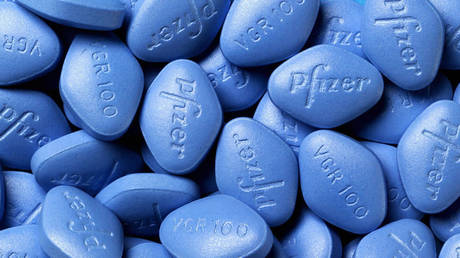 Some 3,000 British soldiers have reportedly received viagra and 60 were given psychosexual therapy to deal with the effects of active duty on their sex life, with many experiencing erectile dysfunction from PTSD.

The statistics come from British Ministry of Defence documents over the last five years, the Sun reports. Couples counseling was also offered in a number of cases to provide extra support for marriages under strain.

A shocking one in every 90 servicemen return from combat with some form of erectile dysfunction, largely down to Post-Traumatic Stress Disorder, the Daily Mail reports.

Also on rt.com
Veteran with PTSD kills himself in Facebook live video after killing 6yo & shooting girlfriend


The US Department of Veterans Affairs reports that troops with PTSD are “significantly more likely than their civilian counterparts to report erectile dysfunction or other sexual problems.” The US military spends $84 million a year on erectile dysfunction medications for troops, a chunk of which goes to retired veterans receiving Pentagon healthcare coverage.

A 2014 study found erectile dysfunction is nearly three times higher among US military servicemen under 40 than the rest of the civilian population.