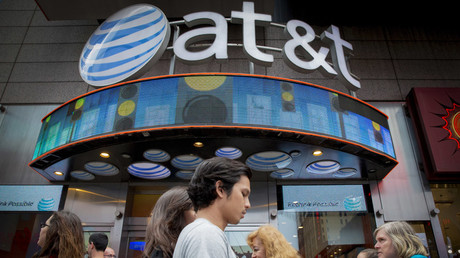 In a 3-2 vote, the FCC approved a modest set of rules to prevent users’ behavioral data from becoming potential products to be sold to marketers. Internet service providers (ISPs) lobbied against the privacy laws, arguing that they should not be held to a different standard than websites like Google and Facebook.

The FCC is requiring that ISPs allow consumers the option of opting-in to allow them to gather and use sensitive information, which the ruling defines as “precise geo-location, financial information, health information, children’s information, Social Security numbers, web browsing history, app usage history, and the content of communications.”

However, less sensitive data such as “email address or service tier information” would be available to be shared unless a user actively opts-out of providing consent. In addition, the ruling allows ISPs to collect data as long as they do not share it. This means that a provider can track usage history, for example, and use that to recommend changes to a person’s data plan without their consent, The Washington Post explained.

Naturally, ISPs and groups representing their interests have pushed back against the decision. A representative from the National Cable & Telecommunications Association called it “regulatory opportunism,” the Washington Post reported. Last week, AT&T argued that the FCC was holding ISPs to a different standard than the Federal Trade Commission held Google and other internet companies.

In a regulatory filing, AT&T called the opt-in/opt-out requirements “unreasonably rigid” and argued that gathering non-sensitive data was a way for broadband providers “to keep customers apprised of new products, services, and discounts in this highly dynamic marketplace.”

While the regulations may be a step forward for internet privacy, there were no changes made on two controversial ISP policies. First, ISPs will continue to be allowed to offer pay-for-privacy subscriptions that offer discounted internet service on the condition that customers agree to have their behavior tracked.

In addition, the FCC continued to uphold mandatory arbitration clauses in ISP contracts that prohibit customers from pursuing class-action lawsuits against them. Consumers who take legal action against ISPs are forced into using arbitration instead of a court review, Ars Technica reported.

Despite criticism from ISPs, the FCC has stood firm in its decision, with chairman Tom Wheeler saying “it is the consumer’s information, it is not the information of the network the consumer hires to deliver that information.”

“What this item does is to say that the consumer has the right to make a decision about how her or his information is used.“