Labour leader Jeremy Corbyn is facing mounting pressure to resign as 150 rebel MPs prepare to vote against him on Britain’s nuclear deterrent later this month. 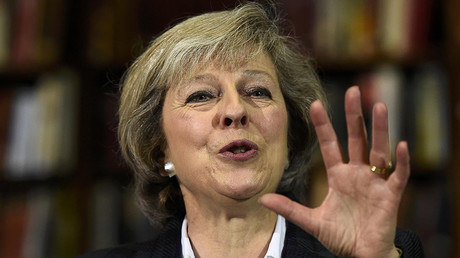 The group, which represents two-thirds of Corbyn’s MPs, will ignore the leader’s call for Trident to be scrapped at a vote expected to be called by outgoing Prime Minister David Cameron on July 18.

Sources say the planned vote by Cameron is an attempt to reunify his Brexit-scarred Conservative party, which is largely united on Trident, and underscores divisions in Labour.

Corbyn, who is a proponent of total nuclear disarmament, is expected to offer MPs a free vote on Trident.

In recent weeks, the leader has faced a vote of no confidence and almost every shadow minister in his top team has resigned. Rebels are now looking to use the Trident vote to re-emphasize how Corbyn has lost the support of his MPs.

One former Labour shadow minister told the Telegraph: “150 MPs will vote for renewal. In the present circumstances, it might be higher than that. People have burnt all bridges with him already, so why would they bother supporting him?

“Corbyn doesn’t actually command the support of the trade unions on this. Both GMB and Unite will argue very strongly for a Yes vote … It just reinforces the point that clearly on this issue he’s out of step with the main trade unions.”

He added: “Over the last week, I have been contacted by hundreds of Labour members and MPs deeply worried that the Labour party is truly in danger of splitting apart.

“I share those fears and call on everyone in our movement to do all we can to avert such a disastrous outcome. I stand ready to do anything I can to save and serve the party.”

Tory leadership candidate Theresa May has said it would be “sheer madness” for Britain to give up its nuclear deterrent, arguing all four submarines should be replaced.

She said a post-Brexit Britain must show it is “committed” to working with its NATO allies.

Activists claim the renewal of Trident is expensive, unsafe, ill-suited for contemporary warfare and in violation of international commitments.

Criticism of the nuclear deterrent has even come from within the Royal Navy itself. Former nuclear submariner William McNeilly was dishonorably discharged for compiling and publishing a report exposing multiple safety and security lapses at the base and on the submarines themselves.

The massive cost of the weaponry has become the regular refrain of those who oppose renewal. It is expected to cost £205 billion (US$296 billion).

The Trident vote comes as a second Labour moderate, Owen Smith, has gone public with his intention to challenge Corbyn for leadership if he refuses to stand down on his own accord.

Angela Eagle, the shadow business secretary, went public earlier this week with her threat to trigger a leadership contest unless Corbyn quits.

The pair now look set to face their own battle about who will become “unity candidate” for the Labour moderates if the negotiations fail to unseat Corbyn, as expected.

With talks between Len McCluskey, the general secretary of the influential Unite union, and both sides of the Labour split dragging into a third day, there is little sign of progress, according to Telegraph sources.