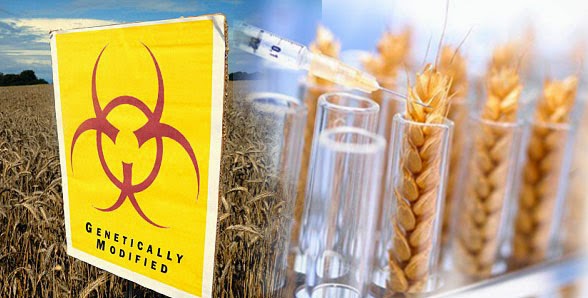 On Twitter this week, someone asked the question “Why do people doubt science?” Accompanying the tweet was a link to an article in National Geographic that implied people who are suspicious of vaccines, genetically modified organisms (GMOs), climate change, fluoridated water and various other phenomena are confused, adhere to conspiracy theories, are motivated by ideology or are misinformed as a result of access to the ‘University of Google.’ The remedy, according what is said in the article, is for us all to rely on scientific evidence pertaining to these issues and adopt a ‘scientific method’ of thought and analysis and put irrational thought processes to one side.

Who tweeted the question and posted the link? None other than Robert T Fraley, Monsanto’s Vice President and Chief Technology Officer.

Before addressing that question, it is worth mentioning that science is not the giver of ‘absolute truth’. That in itself should allow us to develop a healthy sceptism towards the discipline. The ‘truth’ is a tricky thing to pin down. Scientific knowledge is built on shaky stilts that rest on shifting foundations. Science historian Thomas Kuhn wrote about the revolutionary paradigm shifts in scientific thought, whereby established theoretical perspectives can play the role of secular theology and serve as a barrier to the advancement of knowledge, until the weight of evidence and pressure from proponents of a new theoretical paradigm is overwhelming. Then, at least according to Kuhn, the old faith gives way and a new ‘truth’ changes.

Philosopher Paul Feyerabend argued that science is not an ‘exact science’. The manufacture of scientific knowledge involves a process driven by various sociological, methodological and epistemological conflicts and compromises, both inside the laboratory and beyond. Writers in the field of the sociology of science have written much on this.

But the answer to the question “Why do people doubt science” is not because they have read Kuhn, Feyerabend or some sociology journal. Neither is it because a bunch of ‘irrational’ activists have scared them witless about GM crops or some other issue. It is because they can see how science is used, corrupted and manipulated by powerful corporations to serve their own ends. It is because they regard these large corporations as largely unaccountable and their activities and products not properly regulated by governments.

That’s why so many doubt science – or more precisely the science corporations fund and promote to support their interests.

US sociologist Robert Merton highlighted the underlying norms of science as involving research that is not warped by vested interests, adheres to the common ownership of scientific discoveries (intellectual property) to promote collective collaboration and subjects findings to organised, rigorous critical scrutiny within the scientific community. The concept of originality was added by later writers in order to fully encapsulate the ethos of science: scientific claims must contribute something new to existing discourse. Based on this brief analysis, secrecy, dogma and vested interest have no place.

This is of course a highly idealised version of what science is or should be because in reality careers, reputations, commercial interests and funding issues all serve to undermine these norms.

But if we really want to look at the role of secrecy, dogma and vested interest in full flow, we could take a look at in the sector to which Robert T Fraley belongs.

Last year, US Agriculture Secretary Tom Vilsack called for “sound science” to underpin food trade between the US and the EU. However, he seems very selective in applying “sound science” to certain issues. Consumer rights groups in the US are pushing for the labelling of GMO foods, but Vilsack said that putting a label on a foodstuff containing a GM product “risks sending a wrong impression that this was a safety issue.”

Despite what Vilsack would have us believe, many scientific studies show that GMOs are indeed a big safety issue and what’s more are also having grave environmental, social and economic consequences (for example, see this and this).

By not wanting to respond to widespread consumer demands to know what they are eating and risk “sending a wrong impression,” Vislack is trying to prevent proper debate about issues that his corporate backers would find unpalatable: profits would collapse if consumers had the choice to reject the GMOs being fed to them. And ‘corporate backers’ must not be taken as a throwaway term here. Big agritech concerns have captured or at the very least seriously compromised key policy and regulatory bodies in the US (see this), Europe (see this), India (see this) and in fact on a global level (see here regarding control of the WTO).

If Robert T Fraley wants to understand why people doubt science, he should consider what Andy Stirling, Professor of Science and Technology Policy at Sussex University, says:

“The main reason some multinationals prefer GM technologies over the many alternatives is that GM offers more lucrative ways to control intellectual property and global supply chains. To sideline open discussion of these issues, related interests are now trying to deny the many uncertainties and suppress scientific diversity. This undermines democratic debate — and science itself.” (see here)

Coming from the GMO biotech industry, or its political mouthpieces, the term “sound science” rings extremely hollow. The industry carries out inadequate, short-term studies and conceals the data produced by its research under the guise of ‘commercial confidentiality’ (see this), while independent research highlights the very serious dangers of its products [see this and this). It has in the past also engaged in fakery in India (see this), bribery in Indonesia (see this ) and smears and intimidation against those who challenge its interests [see this), as well as the distortion and the censorship of science (see this  and this).

With its aim to modify organisms to create patents that will secure ever greater control over seeds, markets and the food supply, the widely held suspicion is that the GMO agritech sector is only concerned with a certain type of science: that which supports these aims. Because if science is held in such high regard by these corporations, why isn’t Monsanto proud of its products? Why in the US doesn’t it label foods containing GMOs and throw open its science to public scrutiny, instead of veiling it with secrecy, restricting independent research on its products or resorting to unsavoury tactics?

If science is held in such high regard by the GMO agritech sector, why in the US did policy makers release GM food onto the commercial market without proper long-term tests? The argument used to justify this is GM food is ‘substantially equivalent’ to ordinary food. But this is not based on scientific reason. Foreign genes are being inserted into organisms that studies show make them substantially non-equivalent (see this). Substantial equivalence is a trade strategy on behalf of the GM sector that neatly serves to remove its GMOs from the type of scrutiny usually applied to potentially toxic or harmful substances. The attempt to replace processed-based regulation of GMOs in Europe with product-based regulation would result in serving a similar purpose (see this).

The reason why no labelling or testing has taken place in the US is not due to ‘sound science’ having been applied but comes down to the power and political influence of the GMO biotech sector and because a sound scientific approach has not been applied.

The sector cannot win the scientific debate (although its PR likes to tell the world it has) so it resorts to co-opting key public bodies or individuals to propagate various falsehoods and deceptions (see this). Part of the deception is based on emotional blackmail: the world needs GMOs to feed the hungry, both now and in the future. This myth has been blown apart (see this, this and this). In fact, in the second of those three links, the organisation GRAIN highlights that GM crops that have been planted thus far have actually contributed to food insecurity.

This is a harsh truth that the industry does not like to face.

People’s faith in science is being shaken on many levels, not least because big corporations have secured access to policy makers and governments and are increasingly funding research and setting research agendas.

“As Andrew Neighbour, former administrator at Washington University in St. Louis, who managed the university’s multiyear and multimillion dollar relationship with Monsanto, admits, “There’s no question that industry money comes with strings. It limits what you can do, when you can do it, who it has to be approved by”…  This raises the question: if Agribusiness giant Monsanto [in India] is funding the research, will Indian agricultural researchers pursue such lines of scientific inquiry as “How will this new rice or wheat variety impact the Indian farmer, or health of Indian public?” The reality is, Monsanto is funding the research not for the benefit of either Indian farmer or public, but for its profit. It is paying researchers to ask questions that it is most interested in having answered.” – ‘Monsanto, a Contemporary East India Company, and Corporate Knowledge in India‘.

Ultimately, it is not science itself that people have doubts about but science that is pressed into the service of immensely powerful private corporations and regulatory bodies that are effectively co-opted and adopt a ‘don’t look, don’t find approach’ to studies and products (see this, this  and this).

Or in the case of releasing GMOs onto the commercial market in the US, bypassing proper scientific procedures and engaging in doublespeak about ‘substantial equivalence’ then hypocritically calling for ‘sound science’ to inform debates.

The same corporate interests are moreover undermining the peer-review process itself and the ability of certain scientists to get published in journals – the benchmark of scientific credibility. In effect, powerful interests increasingly hold sway over funding, career progression as a scientist, journals and peer review (see this and this, which question the reliability of peer review in the area of GMOs).

Going back to the start of the piece, the question that should have been tweeted is: “Why do people doubt corporate-controlled or influenced science?” After that question, it would have been more revealing to have posted a link to this article here about the unscrupulous history of a certain company from St Louis. That history provides very good reason why so many doubt and challenge powerful corporations and the type of science they fund and promote (or attempt to suppress) and the type of world they seek to create (see this).

“Corporations as the dominant institution shaped by capitalist patriarchy thrive on eco-apartheid. They thrive on the Cartesian legacy of dualism which puts nature against humans. It defines nature as female and passively subjugated. Corporatocentrism is thus also androcentric — a patriarchal construction. The false universalism of man as conqueror and owner of the Earth has led to the technological hubris of geo-engineering, genetic engineering, and nuclear energy. It has led to the ethical outrage of owning life forms through patents, water through privatization, the air through carbon trading. It is leading to appropriation of the biodiversity that serves the poor.” Vandana Shiva