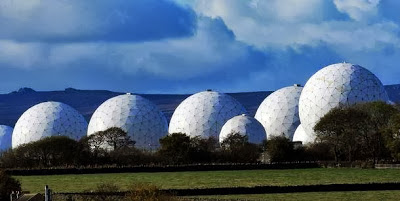 “If you are a law-abiding citizen of this country, going about your business and your personal life, you have nothing to fear.” British Foreign Secretary William Hague, responding to the revelations of mass surveillance in the  and the  (BBC’s The Andrew Marr Show on 9 June).

What does William Hague take the British public for? This bureaucrat politician stands in front of the cameras time and again setting out to mislead with his self righteous platitudes. He did it over  and tens of thousands lost their lives. His is doing it over  with similar results. And he is doing it over mass surveillance by the state.
Do not believe we have nothing to fear. We have much to fear. Take the case of Stephen Lawrence, for example, who was lawfully ‘going about his business’ in April 1993, when white racists murdered him while he was waiting for a bus. It has now emerged that, after the murder, four London Metropolitan police officers were deployed to spy on the Lawrence family and Stephen’s friends.
The  were just ‘law-abiding citizens going about their business’. But undercover police were used to smear the  family’s fight for justice (1). One of those the spies says he job was to hunt for disinformation and dirt in order to stop the ’s justice campaign in its tracks. Nothing to fear from the state Mr Hague?
And then there are the numerous well-documented cases of the police and/or intelligence agencies infiltrating legitimate campaign and protest groups (2) and ‘investigating’ political parties or prominent figures (3)(4) in order to subvert or discredit them. Let us not forget too (how could we?) the massive police cover ups, none more prominent than the Hillsborough case (5). Still nothing to fear Mr Hague?
But let’s not be too harsh on Hague. The same ‘terror threat/nothing to fear’ script is being read out to the public in the . Politicians elsewhere are using ‘terror’ as an excuse for spying on the public at large as well. German Chancellor Angela Merkel is convinced that  has to protect itself against potential terrorist attacks by using mass surveillance:

“We are dependent on being able to act and not being entirely at the mercy of the terrorists. And today, it’s on the Internet that communication takes place.” (6)

Alexander Dix, data protection commissioner for the city of , is a lot more sceptical. He calls for more restraint in the collection of data:

“You don’t have to follow conspiracy theories in order to suspect that data collected for fighting terrorism will also be used in other areas.” (6)

It’s all very convenient for politicians to pull out the magic phrase ‘war on terror’ in a futile attempt to stop any discussion on surveillance in its tracks. If the US-led alliance really wanted to stop or drastically reduce terrorism, it should listen to journalist Nir Rosen’s advice: stop committing it (7).
We need more monitoring and surveillance
The likes of Obama, Kerry, Hague or Cameron have become experts in churning out their fear-mongering platitudes by using some abstract notion of ‘we’ to imply ‘the nation’ or the ‘national interest’. But ‘we’ — the ordinary folk — need to hold power to account, to question its legitimacy and to challenge it when it is illegitimate.
We need to do this to help guarantee our safety, our common interests, our freedoms and threats to democracy. How about more but bottom-up monitoring and surveillance in terms of transparency within government and accountability to ensure decisions are properly scrutinized and genuinely open to pubic debate. In the absence of this, we have corruption, profiteering and the revolving door between government and big business, which all ensure that the powerful and wealthy get away with murder, quite literally when it comes to their illegal wars and mass killing.
In the absence of real democracy, we have food safety/regulation authorities being hijacked by corporate interests in order to feather their own nests. We have armaments companies using politicians as their sales lackeys.
We have police and intelligence agencies infiltrating, harassing or subverting legitimate groups that have every right to protest, dissent and oppose. We have a wide range of powerful corporate players that lobby, threaten or buy their way towards casting the world in their own self-serving nuclear, retail, biotech, petro-chemical or pharmaceutical image. And we have banks, industries and whole economies that are undemocratically owned and controlled.
We also have ‘stuff’ being sprayed onto us without our consent (or very often knowledge) and have no power to stop ‘stuff’ from being sprayed onto us (8).
But we are told all this top-down surveillance and all of the increasing unfreedoms are for our own good. We are told that public servants serve us by bowing down to elite interests. We are told that an incredible mass media is credible even though it serves a corporate agenda.
Based on his research for the book Who Killed Diana?, the late journalist Simon Regan stated that it is (paraphrased):

Whitehall that really runs the country with a close-knit Mafia-like clique… made up of a handful of powerful, but low-key, City brokers and financiers; the top brains at the Foreign Office, the Treasury, the Ministry of Defence and the Trade Department. Key figures in the security forces… and…at least one key member of the prime minister’s secretariat… the police and judiciary… through the Home Office… can certainly be manipulated. The Super-Establishment’s power is based upon its ability to manipulate the level below it — the individuals that most people believe are governing our country. The elected government is almost irrelevant… The world in which the Super-Establishment exists is a grey and murky world in which sensitive matters of state are planned and executed in gentlemen’s clubs. It is where manipulation plots are hatched, whether it is manipulation of a certain minister towards a certain viewpoint, or the wholesale orchestration of a Foreign Office ploy to bring down a foreign government… It is almost the divine “mission of the secret services to protect the status quo, and hitherto it has been their full intention to thwart anyone who tried to disrupt it. The actual existence of the Super-Establishment is not a flight of fancy. It is entirely manipulative and exercises a great deal of power behind the scenes. (9)