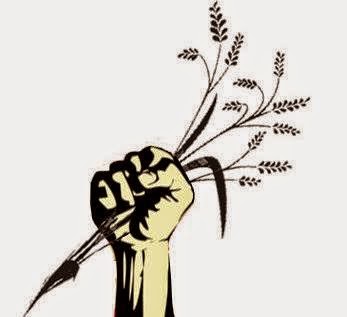 It has been such a tough period for the pro-GMO lobby that it’s difficult to know where to begin. But let us start by looking at two pieces of recent research that strike at the very heart of the pro-GMO argument, namely:
1)      GM crops are needed to feed the world.
2)      The GMO agritech industry is based on sound science and reasoned argument.
GM crops are not needed to feed the world
A new report just released by Environmental Working Group has delivered a stinging rebuke to the argument that GM crops are the answer to future global food shortages (also see this, this and this). A thorough analysis of recent research conducted in the US and around the world shows that such crops have not significantly improved the yields of crops such as corn and soy.
Author of the report Emily Cassidy says:

“Biotech companies and proponents of conventional, industrial agriculture have touted genetically engineered crops as the key to feeding a more populous, wealthier world, but recent studies show that this promise has fallen flat.”

While GM crops have been a mainstay in US agriculture for roughly two decades, they “have not substantially improved global food security” and have instead increased the use of toxic herbicides and led to herbicide-resistant ‘superweeds’.
The report found that over the last 20 years, yields of both GE corn and soy have been no different from traditionally bred non-GM corn and soy grown in Europe. It argues that corn and soybeans account for roughly 80 percent of the global land area devoted to growing GM crops. Both are overwhelmingly used for animal feed and biofuels, not for food. This is unlikely to change in light of increased consumption of meat around the world and the US biofuels policy requiring production of millions of gallons of corn ethanol to blend into gasoline.
Gary Hirshberg, chairman of Just Label It says:

“Biotech companies and their customers in chemical agriculture have been attempting to sell the benefits of GMOs for two decades. Between exaggerated claims about feeding the world and a dramatic escalation in the use of toxic pesticides, it is no wonder consumers are increasingly skeptical.”

The report concludes that traditionally bred varieties have been the major source of improved crop yields in recent years and this trend is likely to continue.
Emily Cassidy states:

“Seed companies’ investment in improving the yields of GMOs in already high-yielding areas does little to improve food security; it mainly helps line the pockets of seed and chemical companies and producers of corn ethanol. The world’s resources would be better spent focusing on strategies to actually increase food supplies and access to basic resources for the poor small farmers who need it most.”

Consider that by 2012, 59 percent of the area planted with GM crops were those resistant to glyphosate. Some 26 percent consisted of insecticidal Bt crops and 15 percent were crops carrying both traits. The organisation GRAIN says that is just two traits after 20 years of research and mega-millions of dollars invested. The real measure of what this technology has produced is according to GRAIN to be found in damaged ecosystems, potential health harms, farmer dependency and big profits for the companies.
But profits are and were always the bottom line, not addressing world hunger. If anything, the planting of GM crops is displacing peasants from their lands, depriving local communities of access to food production and increasing food insecurity. Any amount of genetic modification will not address the structural nature of poverty, inequality and hunger, including the geopolitical antecedents.
The GMO agritech industry is not based on sound science and reasoned argument
The second piece of research that strikes at the heart of the industry’s other major claim – that the case for GM agriculture is based on sound science and reasoned argument – is debunked in Steven Druker’s new book. Druker pulls the rug from beneath the GMO agritech industry and its apologists in academia and the media who ceaselessly trumpet their allegiance to discourse based on science.
‘Altered Truth, Twisted Genes’ exposes the fraudulent basis upon which the GMO agritech sector is based. GM foods first achieved commercialisation in 1992 but only because the Food and Drug Administration covered up the extensive warnings of its own scientists about their dangers, lied about the facts and then violated federal food safety law by permitting these foods to be marketed without having been proven safe through standard testing.
If the FDA had heeded its own experts’ advice and publicly acknowledged their warnings that GM foods entailed higher risks than their conventional counterparts, Druker says that the GM food venture would have imploded and never gained traction anywhere. He also argues that that many well-placed scientists have repeatedly issued misleading statements about GM foods, and so have leading scientific institutions such as the US National Academy of Sciences, the American Association for the Advancement of Science and the UK’s Royal Society.
While Druker’s book serves to expose the sheer hypocrisy of the industry and its supporters who claim critics to be anti-science and ideologues (a case of projecting their own faults and failings on to critics), Emily Cassidy argues that what GMOs have done is to increase the use of glyphosate, the main ingredient in Monsanto’s Roundup herbicide. She concludes that, unfortunately, the only things popping up faster than herbicide-tolerant superweeds are the unsupported claims of GMOs’ benefits.
Even more bad news
And that neatly leads us on to glyphosate itself.
On 20 March, the World Health Organisation reached a decision that strikes at the heart of the company. The WHO’s International Agency for Research on Cancer (IARC) said that glyphosate was “classified as probably carcinogenic to humans.” This is just one step below the risk designation of “known carcinogen.”
Glyphosate is the active ingredient in Monsanto’s Roundup herbicide, which was primarily responsible $5.1 billion of Monsanto’s revenues in 2014.  But that’s not all. The herbicide is used to support Monsanto’s Roundup Ready crops, which comprise the vast bulk of the balance of its revenue stream.
Little surprise that with so much money at stake Monsanto is calling for a retraction of the IARC’s report. It remains to be seen if the WHO capitulates.
While the agribusiness sector has a long history of silencing science and scientists, it has now been alleged that USDA scientists are ordered to retract studies, water down findings, remove their name from authorship and endure long indefinite delays in approving publication of papers that may be controversial. Scientists who are targeted by industry complaints find themselves subjected to disruptive investigations, disapprovals of formerly routine requests, disciplinary actions over petty matters and intimidation from supervisors focused on pleasing stakeholders.

So much for open discourse based on sound science and reasoned argument.

And the bad news just keeps coming.
Bt brinjal has failed for the second year in Bangladesh resulting in hardship for farmers, and Monsanto has been forced to pay out $600,000 in fines for not reporting hundreds of uncontrolled releases of toxic chemicals at its eastern Idaho phosphate plant. It also paid out a string of lawsuit settlements totaling $350,000 as a result of its GMOs tainting wheat in seven US states.
But there is some good news in all of this for Monsanto. Monsanto’s ‘discredit department’  now has more than enough on its plate and will certainly not be closing down any time soon.
The only thing it will be attempting to shut down are studies that affect the company’s profits.