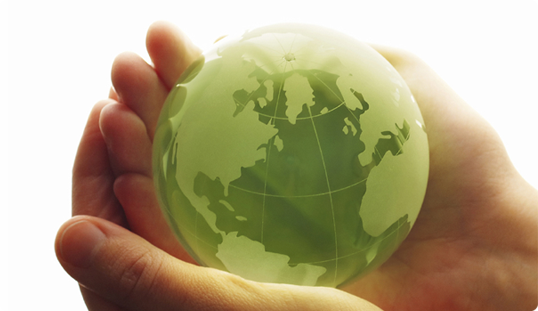 Author of ‘Altered Genes, Twisted Truth’ Steven Druker recently talked of how back in the seventies a group of molecular biologists formed part of a scientific elite that sought to allay fears about genetic engineering by putting a positive spin on it. At the same time, critics of this emerging technology were increasingly depicted as being little more than non-scientists who expressed ignorant but well-meaning concerns about science and genetic engineering.
This continues today, but the attacks on critics are becoming more vicious. Former British Environment Minister Owen Paterson recently attacked critics of GMOs with a scathing speech that described them as a self-serving, elitist “green blob” that was condemning “billions” to misery. Professor Anthony Trewavas has continued this theme by stating:

“Greenpeace notably decides its opinions must prevail regardless of others, so it arrogates to itself the right to tear up and destroy things it doesn’t like. That is absolutely typical of people who are unable to convince others by debate and discussion and in the last century such attitudes, amplified obviously, ended up killing people that others did not like. But the same personality type the authoritarian, ‘do as I tell you’, was at the root of it all. Such groups therefore sit uneasily with countries that are democracies.”

According to this, critics of GMOs possess authoritarian personality types, are ignorant of science and unable to convince people of their arguments and thus resort to violence.
Part of the pro-GMO narrative also involves a good deal of glib talk about democracy. In an open letter to me, Anthony Trewavas says:

“It would be nice if you could say you are a democrat and believe that argument is better than destruction but argument that deals with all the facts and does not select out of those to construct a misleading programme. Misleading selection of limited information is causing considerable problems in various parts of the world that leads some into very violent behaviour, particularly in religious belief. I am sure you agree that this is not a good way forward… Whatever their [farmers’] choice is… they must be allowed to make that decision… That is the nature of every democracy that I hope all will finally live under?”

Pro-GMO scientists have every right to speak on psychology, politics and democracy. However, let a non-scientist criticise GMOs and they are accused of self-serving elitism or ignorance. Indeed, let even a scientist produce scientific evidence that runs counter to the industry-led science and he or she is smeared and attacked.
Let a respected academically qualified political scientist, trade policy analyst or social scientist whose views are in some way critical of GMOs and the corporations promoting them express a coherent viewpoint supported by evidence from their specific discipline and they are attacked for being little more than ideologues with an agenda, or their evidence or sources are described as ‘biased’. Any analysis of the role of the IMF, World Bank and WTO and their part in restructuring agriculture in poor nations or devising policies to favour Western agribusiness is suddenly to be side lined in favour of a narrow focus on ‘science’, which the masses and ideologues could not possibly comprehend; by implication, they should therefore defer to (pro-GMO) scientists for the necessary information.
The pro-GMO lobby talks about choice, democracy and the alleged violence of certain environmental groups but says nothing about the structural violence waged on rural communities resulting from IMF/World Bank strings-attached loans, the undermining of global food security as a result of Wall Street commodity and land speculators, the crushing effects of trade rules on poorer regions or the devastating impacts of GMOs in regions likeSouthAmerica. To discuss such things is political and thus ‘ideological’ and is therefore not up for discussion it seems.
Much easier to try to focus on ‘the science’ and simply mouth platitudes about democracy and freedom of choice while saying nothing about how both been captured or debased by powerful interests, including agribusiness. By attempting not to appear to be ideological or political, such people are attempting to depoliticise and thus disguise the highly political status quo whereby powerful corporations (and some bogus notion of a ‘free market’) are left unchallenged to shape agriculture as they see fit:

“Anyone who’s seen the recent virally circulated Venn diagrams of the personnel overlap between Monsanto and USDA personnel, or Pfizer and FDA, will immediately know what I’m talking about… A model of capitalism in which the commanding heights of the economy are an interlocking directorate of large corporations and government agencies, a major share of the total operating costs of the dominant firms are socialized (and profits privatized, of course), and “intellectual property” protectionism and other regulatory cartels allow bureaucratic corporate dinosaurs… to operate profitably without fear of competition.” Kevin Carson, Center for a Stateless Society.

If certain politicians or scientists and the companies they support really do want to ‘feed the world’ and are concerned with poverty and hunger, they should forget about GMOs and focus their attention elsewhere: not least on how the ‘free market’ system that they cherish so much causes hunger and poverty, whether for example through food commodity speculation (see earlier link) by powerful banking interests or a US foreign policy that has for decades used agriculture to trap nations into subservience.
Rather than have the public focus on such things, such people try to mislead and divert attention away from these things with puerile notions of authoritarian personality types who reject some illusory notion of open debate, free choice and democracy.
Failure is us
Even with this power and political influence at its disposal, the GMO agritech industry is far from being a success.  Much of its profits actually derive from failure: for example, Andrew Kimbrell notes that after having chosen to ignore science, the industry’s failing inputs are now to be replaced with more destined-to-fail and ever-stronger poisonous inputs. The legacy of poisoned environments and ecological devastation is for someone else to deal with. In his book, Steven Druker has shown that from very early on the US government has colluded with the GMO agritech sector to set a ‘technical fix-failure-technical fix‘ merry-go-round in motion.
This system is designed to stumble from one crisis to the next, all the while hiding behind the banners of ‘innovation’ or ‘research and development’. But it’s all good business. And that’s all that really matters to the industry.
There’s always good PR ground to be made from blaming critics for being ‘anti-science’ and money to be made from a continuous state of crisis management (‘innovation’ and bombarding farmers with a never-ending stream of new technologies and inputs).  Part of the great con-trick is that it attempts to pass off its endless crises and failures as brilliant successes.
For many promoters of the GMO cause, it is a case of not even wanting to understand alternative approaches or the devastating impacts of GMOs when their lavish salary or consultancy fees depend on them not wanting to understand any of it.
When it comes to labelling unsafe and untested GM food in the US, the pro-GMO lobby grasps at straws by saying too much information confuses the public or sends out the wrong message.
When it says sound science should underpin the GMO issue, it does everything it can to circumvent any science that threatens its interests.
When it says its critics have a political agenda, it side lines debates on how it hijacks international and national policy making bodies and regulatory agencies.
When it talks about elite, affluent environmentalists robbing food from the bellies of the poor, its private companies are owned by people who form part of a privileged class that seek to turn their vested interests into policy proscriptions for the rest of us.
The pro-GMO lobby engages in the fraudulent notion that it knows what is best for humanity. Co-opting public institutions and using science as an ideology, it indulges in an arrogant form of exceptionalism.
The world does not need GMO food or crops, especially those which have not been proven safe or whose benefits are questionable to say the least. There are alternative ways to boost food production if or when there is a need to. There are other (existing) ways to tackle the impacts of volatile climates.
However, the alternatives are being squeezed out as big agritech and its captured policy/regulatory bodies place emphasis on proprietary products, not least GMOs and chemical inputs.
The pro-GMO lobby has a crisis of legitimation. No amount of twisted truths or altered genes, expensive PR or attacks on its critics can disguise this.