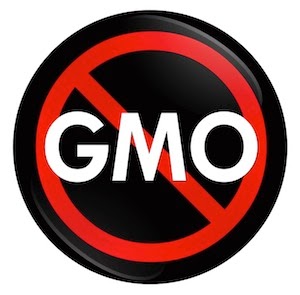 Global Research 19/5/2014 and Countercurrents 20/5/2014
The GMO biotech sector is involved in a multi-pronged campaign to influence governments and the public about the benefits of its products. It uses various means.
It sets up or infiltrates institutions and co-opts prominent political and scientific figures to do its bidding (1). It hijacks regulatory and policy making bodies (2,3). With help from the US Government, it assumes strategic importance in international trade negotiations and is then able to set a policy and research agenda, as has been the case in  with the Knowledge Initiative on Agriculture and the funding of agricultural research within the country (4,5). It is shaping ‘free’ trade agreements to its own advantage (6). It mounts personal attacks on and tries to discredit key scientists who question its claims (7,8). And it arguably regards contamination as a means of trying to eventually render the whole debate about GMOS meaningless (9).
With its huge financial resources and the full backing of the US State Department (10), the sector is a formidable force. However, despite all its wealth and influence, it is turning out to be a bad week for the GMO biotech industry.
When is good science bad science and bad science good science? When the industry says so
In 2012, a study led by Professor Gilles Seralini called into question the safety of GMOs and Round Up herbicide. The paper that conveyed the results was last year retracted by a prestigious scientific journal (11). The publisher of Food and Chemical Toxicology (FCT), Elsevier, has now compelled the journal editor A. Wallace Hayes to publish a right of reply by the SÃ©ralini team.
According to the SÃ©ralini team, the editor of FCT uses double standards when it comes to publishing in favour of the industry. Hayes retracted the study despite the fact that he found neither fraud nor conscious misinterpretation. In a new article published in FCT, the scientists explain why they do not accept his conclusion. They denounce the lack of scientific validity of the reasons given for the retraction, explain why the Sprague-Dawley rat strain used is appropriate and describe the statistical results in depth concerning the blood and urine parameters affected, proving that the liver and kidney pathologies and the mammary tumours are solidly based.
Hayes justified his retraction by arguing that it is impossible to conclude a link between GMO and cancer, even though the word cancer was never used in the paper. Not all the tumours were cancers but they nevertheless brought death through internal haemorrhages and compressions of vital organs. Hayes also argued that ten rats per group, of the Sprague-Dawley strain, did not allow the level of statistical strength to conclude about the toxicity of the GMO and Roundup. But FCT has published two studies (Hammond & al., 2004; and Zhang & al., 2014) measuring the same number of rats of the same strain, without calling into question the strength of the statistics, let alone their conclusion — that the GMOs tested were safe.
The recent study by Zhang et al, like the study by SÃ©ralini et al, measures the potential chronic effects of the consumption of a GMO (transgenic rice producing a modified Bt insecticide). It uses the same strain and measures the same number of rats. The only substantive difference was in the results: Zhang and colleagues concluded that the GMO under test was safe.
Professor SÃ©ralini says:

“We are forced to conclude that the decision to withdraw our paper was based on unscientific double standards applied by the editor. These double standards can only be explained by pressure from the GMO and agrochemical industry to force acceptance of GMOs and Roundup. The most flagrant illustration is the appointment of Richard Goodman, a former Monsanto employee, onto the FCT editorial board, soon after the publication of the NK603 study. Worse, this pro-industry bias also affects regulatory authorities, such as EFSA (European Food Safety Authority), which gives favourable opinions on risky products based on mediocre studies commissioned by the companies wishing to commercialize the products, as well as systematically dismissing the findings of independent scientists which cast doubt on their safety.”

“The GMO debate is far from being over, as some GMO proponents claim. Instead the evidence of risk and actual harm from GM foods and crops to health and the environment has grown in the two years since we brought out the first edition. The good news is that GMOs are not needed to feed the world. The report shows that there are far better ways of ensuring a safe and sustainable food supply.”

The report’s main findings are as follows.

1) The report debunks the claims by pro-GMO lobbyists that 1,700 studies show GM foods are as safe. The studies show nothing of the sort. Many of them not only show evidence of risk, but the review also excludes or glosses over important scientific controversies over GMO safety issues. (See page102 of the new report.)

2) A review purportedly showing that GM foods are safe on the basis of long-term animal studies actually shows evidence of risk and uses unscientific double standards to reach a conclusion that is not justified by the data. (p. 161)

4) SÃ©ralini’s study is far stronger and more detailed than many industry studies that are accepted as proof of safety for GMOs. The European Food Safety Authority had to reject the study in order to protect its own previous opinions on this and other GMOs, for reasons explained in the report. The findings of this study, if confirmed, would overturn regulatory assumptions of safe levels of glyphosate and Roundup. (pp. 94, 147)

5) Claims that an EU-funded research project shows GMOs are safe are not evidence-based, since the project did not even test the safety of any commercialized GMOs. Some animal testing data gathered by the project actually reveal health risks from the GMOs tested. (p. 166)
6) Claims that  is becoming a “museum” of farming because of its reluctance to embrace GM crops are shown to be nonsensical by research showing that ’s mostly non-GM agriculture out-yields the ’s mostly GM agriculture with less pesticide use. The  is falling behind  in terms of productivity and sustainability. (pp. 232—233)
7) Risks from an important new type of GMO that is designed to silence genes are not being properly assessed by regulators. (p. 78)
8) Contrary to claims by GMO proponents, the real reason GM golden rice isn’t available has nothing to do with anti-GMO activists and everything to do with basic research and development problems. (p. 197)
9) Conventional breeding continues to outstrip GM in delivering crops that yield well, resist disease, are nutritious and tolerate drought and other types of extreme weather. (pp. 284, 318—321)
10) Crop genetics are only part of the solution to our food and agriculture challenges. The other part is agro-ecological farming methods that build soil and focus on growing a diversity of naturally healthy and resilient crops. (p. 303)
Author Michael Antoniou said:

“There is evidence that Roundup, even at the low levels permitted in food and drinking water, could lead to serious effects on health over time, such as liver and kidney toxicity. Based on this evidence, it appears that the levels of exposure currently held as safe by regulators around the world are questionable.”

“The GMO industry is built on myths. What is the motivation behind the deception? Money. GM crops and foods are easy to patent and are an important tool in the global consolidation of the seed and food industry into the hands of a few big companies. We all have to eat, so selling patented GM seed and the chemicals they are grown with is a lucrative business model. GMO Myths and Truths offers a one-stop resource for the public, campaigners, policy-makers, and scientists opposing the GMO industry’s attempts to control our food supply and shut down scientific and public debate.”

The report’s authors are not alone in doubting the safety of GMOs. In late 2013, nearly 300 scientists and legal experts signed a statement affirming that there was “No scientific consensus on GMO safety.” (13)
It all raises the question: if there is no consensus, and there clearly is not, if double standards exist, and they certainly do, then why are we, the public, and for that matter the environment, being used as guinea pigs in a massive experiment?
We know why. It is an agenda that is based on arm-twisting, deception, false promises, duplicity and flawed science to benefit the bottom line of a handful of commercial enterprises and the wider geo-political aim of controlling the planet’s food supply.
Notes
1) http://www.globalresearch.ca/monsanto-syngenta-and-bayer-cropscience-the-gmo-biotech-sector-cant-win-the-scientific-debate-the-options-are-co-option-deception-and-collusion/5381725
2) http://rense.com/general33/fd.htm
3)http://corporateeurope.org/sites/default/files/publications/conflicts_on_the_menu_final_0.pdf
4) http://www.thehindu.com/todays-paper/walmart-and-monsanto-on-indous-agriculture-initiative-board/article3176462.ece
5) http://dissidentvoice.org/2009/07/monsanto-a-contemporary-east-india-company-and-corporate-knowledge-in-india/
6) http://www.citizen.org/documents/TAFTA-GMO-factsheet.pdf
7) http://www.independent.co.uk/environment/smeared-gm-expert-vindicated-737891.html
8) http://www.globalresearch.ca/gmo-researchers-attacked-evidence-denied-and-a-population-at-risk/5305324
9) http://www.greenmedinfo.com/blog/contamination-and-bio-pollution-criminality-gm-biotech-industry
10) http://www.commondreams.org/headline/2013/05/14-2
11) http://www.gmwatch.org/index.php/news/archive/2013/15184-journal-retraction-of-seralini-study-is-illicit-unscientific-and-unethical
12) http://earthopensource.org/index.php/reports/gmo-myths-and-truths
13) http://www.ensser.org/increasing-public-information/no-scientific-consensus-on-gmo-safety/