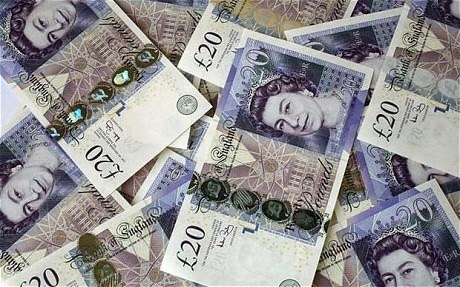 “Repression and displacement, often violent, of remaining rural populations, illness, falling local food production have all featured in this picture. Indigenous communities have been displaced and reduced to living on the capital’s rubbish dumps. This is a crime that we can rightly call genocide – the extinguishment of entire Peoples, their culture, their way of life and their environment.” (19)

Although Helena Paul is referring to the situation in Paraguay, what she describes could well apply to India or elsewhere.
In addition, the current secretive corporate-driven free trade agreement being negotiated between the EU and India could fundamentally restructure Indian society in favour of Western corporate interests and adversely impact hundreds of millions and their livelihoods and traditional ways of living (20). And as with the proposed US-EU agreement, powerful transnational corporations would be able to by-pass national legislation that was implemented to safeguard the public’s rights. Governments could be sued by multinational companies for billions of dollars in private arbitration panels outside of national courts if laws, policies, court decisions or other actions are perceived to interfere with their investments (21).
A massive shift in power and wealth from poor to rich
Current negotiations over ‘free’ trade agreements have little to do with free trade. They are more concerned with loosening regulatory barriers and bypassing democratic processes to allow large corporations to destroy competition and siphon off wealth to the detriment of smaller, locally based firms and producers.
The planet’s super rich comprise a global elite (22). It is not a unified elite. But whether based in China, Russia or India, its members have to varying extents been incorporated into the Anglo-American system of trade and finance. For them, the ability to ‘do business’ is what matters, not national identity or the ability to empathise with someone toiling in a field who happened to be born on the same land mass. And in order ‘to do business’, government machinery has been corrupted and bent to serve their ends. In turn, organisations that were intended to be ‘by’ and ‘for’ ordinary working people have been successfully infiltrated and dealt with (23).
The increasing global takeover of agriculture by powerful agribusiness, the selling off of industrial developments built with public money and strategic assets, such as energy sources, ports and airports, and secretive corporate-driven trade agreements represent a massive corporate heist of wealth and power across the world. Through their financial institutions and corporate entities, the world’s super rich regard ‘nations’ as population holding centres to be exploited whereby people are stripped of control of their livelihoods for personal gain. Whether it concerns rich oligarchs in the US or India’s billionaire business men, corporate profits and personal gain trump any notion of the ‘national interest’.
Still want a Thatcherite revolution?
Notes
1) http://mypaper.sg/top-stories/modis-advisers-dream-thatcherite-revolution-20140407
2) http://www.newstatesman.com/politics/2013/04/inequality-and-after-thatcher-what-really-happened
3) http://socialdemocracy21stcentury.blogspot.co.uk/2013/04/uk-real-per-capita-gdp-19192001-where.html
4) http://www.telegraph.co.uk/finance/jobs/7465199/Quarter-of-adults-out-of-work-official-figures-show.html
5)http://corporateeurope.org/sites/default/files/attachments/brave_new_transatlantic_partnership.pdf
6) http://www.globalresearch.ca/us-eu-transatlantic-free-trade-agreement-more-secrecy-and-more-duplicity-revealed/5369272
7) http://www.globalresearch.ca/us-eu-free-trade-agreement-a-corporate-stitch-up-by-any-other-name/5339789
8) http://corporateeurope.org/trade/2013/12/regulation-none-our-business
9) http://corporateeurope.org/sites/default/files/record_captive_commission.pdf
10) http://www.monbiot.com/1998/01/21/the-corporate-dole-queue/
11) http://www.american-buddha.com/cia.psyops.htm
12) http://www.countercurrents.org/peebles020514.htm
13) http://archive.tehelka.com/story_main39.asp?filename=Ne310508cover_story.asp
14) http://dissidentvoice.org/2009/07/monsanto-a-contemporary-east-india-company-and-corporate-knowledge-in-india/
15) http://www.thehindu.com/todays-paper/walmart-and-monsanto-on-indous-agriculture-initiative-board/article3176462.ece
16) http://www.bhoomimagazine.org/article/cash-food-will-strike-very-foundation-economy
17) http://www.twnside.org.sg/title/flood-cn.htm
18) http://www.grain.org/article/entries/4929-hungry-for-land-small-farmers-feed-the-world-with-less-than-a-quarter-of-all-farmland
19)http://www.theecologist.org/News/news_analysis/2267255/gm_crops_are_driving_genocide_and_ecocide_keep_them_out_of_the_eu.html
20) http://www.globalresearch.ca/the-eu-india-free-trade-agreement-india-up-for-sale-to-western-corporate-capital/5332214
21) http://corporateeurope.org/trade/2014/01/critics-score-against-extreme-corporate-rights-ttip-must-not-be-fooled-commission
22) http://www.thirdworldtraveler.com/Ruling_Elites/Superclass.html
23) http://www.lobster-magazine.co.uk/articles/rrtalk.htm