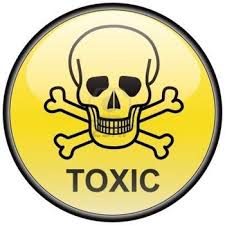 According to a new paper published in The Lancet Neurology last Friday, the number of industrial chemicals, heavy metals and pesticides proven capable of inhibiting normal brain development has doubled over the last several years.

Dr. Philippe Grandjean, one of the co-authors, has spent the last several decades researching chemicals that can damage the developing brain. His research began with lead and mercury, and he now says there is a list of at least a dozen “bona fide brain drainers.”

Here is the Dirty Dozen:

Dr. Grandjean says that the world is facing a “silent pandemic” of “chemical brain drain.” The effects from exposure to toxic chemicals in the womb or in the first few years of life may not always be obvious, but experts say the effects on society can be profound:

An estimated one in six children in the U.S. is now affected by a cognitive or behavioral disorder, and that rate appears to be on the rise. Experts suggest that increases in the number of kids with autism and attention deficit hyperactivity disorder, for example, can’t be explained by increased awareness or surveillance alone. Environmental pollutants are among the suspects.

Reduce one child’s IQ by five points and the difference may be imperceptible. The child might be just a little slower to learn, a little shorter of attention and a little less successful on tests and at work — which economists estimate could equate to $90,000 in lost lifetime earnings.

Reduce the average IQ among all children in the U.S. by five points, however, and the impact is striking: About half as many members of that generation will be “intellectually gifted,” twice as many will be “intellectually impaired,” and billions of dollars of productivity will be lost. And that doesn’t take into account the costs of diagnosis, treatment, special education, incarceration and other indirect costs, such as an estimated rise in traffic accidents attributed to more distracted drivers. (source)

The following video explains the concept of “shifting the curve” – how subtle changes in behaviors or symptoms can result in large increase in the prevalence of a disease or disorder, like ADHD.

David Bellinger, an expert in children’s environmental health at Harvard, has found links between three of the brain poisons — lead, methylmercury and organophosphate pesticides (a class that includes the newly added chlorpyrifos) — and drops in the combined nationwide IQ of 23 million, 17 million and 0.3 million points, respectively.

Bellinger says that those numbers are going to increase. He also explained that the chemical regulatory process is flawed:

Naturally, representatives from the chemical industry claim the study is flawed and that its members go to “great lengths to ensure products are safe.”

Most of what is known about the neurological effects of chemicals is based on the study of adults. Based on those studies, scientists have compiled a list of 214 neurotoxic chemicals. Another thousand chemicals have been shown to be toxic to animals’ brains. Thousands more haven’t even been studied for neurotoxicity.

Proving that chemicals can damage the developing brain is difficult, which is why the current list is limited to 12.

Some children are more at risk than others, and some chemicals may intensify the effects of others. For example, lead has been shown to cause more damage in children who are also exposed to tobacco smoke or manganese.

Meanwhile, “healthcare” providers and the mainstream media continue to try to push people to inundate their bodies – and those of their children – with even more toxic chemicals in the form of flu shots, vaccinations, and fluoride (now, for children as young as one year old!).